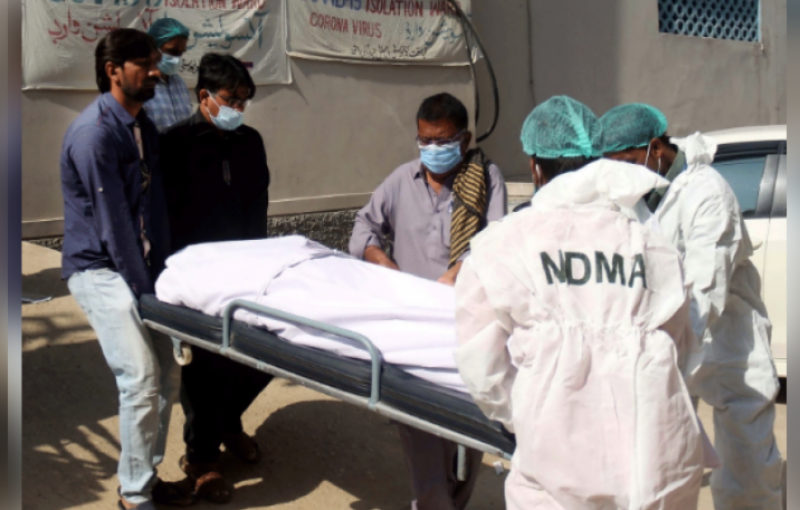 Lahore/Quetta/Karachi/Peshawar (Staff Report/Agencies): The number of confirmed COVID-19 cases rose to 1,135,858 on Wednesday after 4,199 new coronavirus cases surfaced in the country during the last 24 hours.

As per the National Command and Operation Centre (NCOC) data, 61,410 tests were conducted in last 24 hours while positivity ratio remained 6.83%.

According to the government's COVID-19 portal, the death toll related to coronavirus has reached to 25,220 with 141 fatalities reported during the last 24 hours.

Over the last twenty four hours, total number of recovered COVID-19 patients across the country reached 1,019,434 after another 3,915 virus recoveries were reported.

Meanwhile, Minister for Planning and Development Asad Umar, who also heads the National Command and Operation Center (NCOC), on Tuesday announced that complete vaccination has been made mandatory for all international, domestic air travel from September 30.

Speaking at a media briefing along with Special Assistant to the Prime Minister (SAPM) on National Health Services Dr Faisal Sultan, the minister said that that school teachers and staff will not be allowed to work after October 15 if they have not taken the jabs.

He said that the students over the age of 17 years will have to get one dose of vaccine by September 15 and the second dose by October 15 in order to continue their studies at the educational institutions.

Asad said that the forum also decided to open anti-COVID vaccination for the youth in the age bracket of 17 to 18 from September 1.

“For those using the public transport including trains, metros and buses, will also have to get both the doses by October 15 in order to continue to avail these services,” the NCOC chief said, adding that visitors at shopping malls, hotels, restaurants and weddings should get first dose by August 31 and second jab by September 30 to enter the premises.

Moreover, a South Korea study has found that people infected with the more transmissible Delta variant have a viral load 300 times higher than those with the original version of the COVID-19 virus, when symptoms are first observed.

But the amount gradually decreased over time - to 30 times in four days and over 10 times in nine days - and it matched levels seen in other variants after 10 days, the Korea Disease Control and Prevention Agency (KDCA) said on Tuesday.

It is pertinent to mention that the global coronavirus cases have reportedly surpassed 214.020 million and death toll tops 4,465,693.