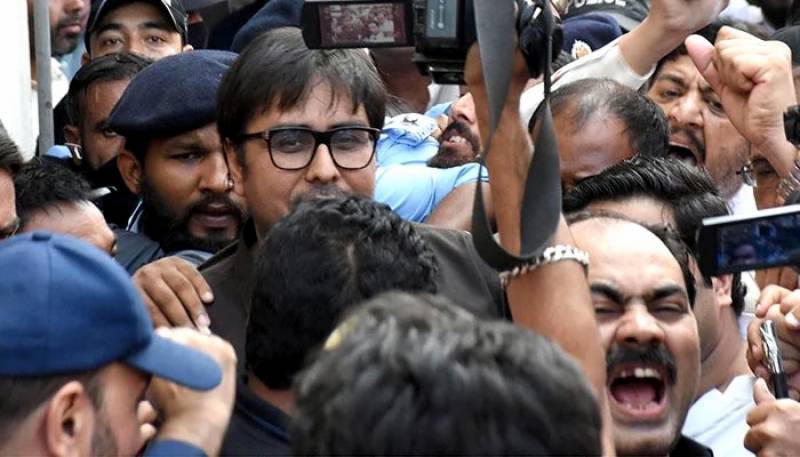 Islamabad (Staff Report/Agencies): PTI leader Shahbaz Gill on Thursday filed a petition before a district and sessions court in Islamabad, requesting a bail in the sedition case filed against him.

Gill filed the plea through advocate Faisal Chaudhry and others in PTI’s legal team. The plea stated that the case against the PTI leader was based on “malafide intent” and “political malice”.

“I have passed out from the best universities and have been teaching in American and European varsities. Bits of my remarks [made during live TV programme] were distorted and included in the FIR,” the petitioner stated, and added that a case under sections of treason is not admissible against him.

On Wednesday, Judicial Magistrate Malik Aman rejected Islamabad police request for another seven days extension in the physical remand of PTI leader, who has been booked and arrested on charges of sedition.

However, the PTI leader’s lawyer Faisal Chaudhry opposed the physical remand and requested to send Gill on judicial remand.

After hearing the arguments, the court reserved its verdict and announced it a few moments later, sending Gill on judicial remand in the sedition as well as the arms recovery case.

Gill was arrested in Islamabad on August 9 after a sedition case was filed against him for inciting mutiny within the Pakistan Army. He has since been back-and-forth in police custody.