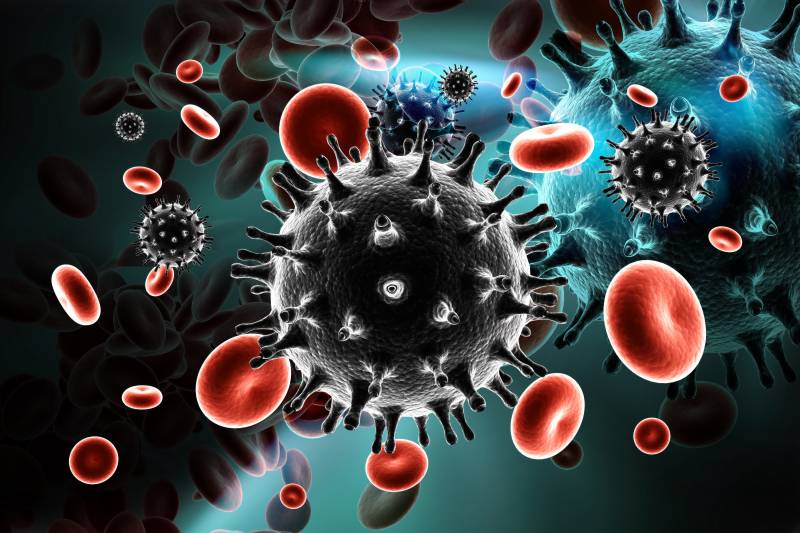 New York (Web Desk): Some medical researchers have discovered in a counterintuitive finding that blocking a particular protein that is crucial to initiating the immune response against viral infections may actually help combat HIV.

The study suggests that temporarily blocking a type of protein, called Type-I interferon, can restore immune function and speed up viral suppression during treatment with anti-viral drugs for people with chronic infection of the virus that causes AIDS.

Senior author of the study Scott Kitchen, Associate Professor at David Geffen School of Medicine, University of California, Los Angeles said that this study has been conducted to analyze the role of type-I interferon plays in driving the body's immune destruction during HIV infection.

The researcher stated, "This finding is completely counterintuitive, because many believe that the more interferon at work, the better."

"We show that the type of interferon being produced during chronic stages of HIV infection has detrimental effects on the body's ability to fight off HIV and other types of infection or cancer and could actually be contributing to accelerated HIV disease," Kitchen noted.

the researchers used humanised mice for the study which have had their immune systems replaced with human immune system cells, thymus tissue and bone marrow.

They treated HIV-infected mice with antibodies that blocked Type-I interferons, which allowed the mice's immune systems to revert from the state of exhaustion.

This made it possible for their immune systems to produce sufficient amounts of CD8 T cells that were primed to attack and kill HIV-infected cells.

The researchers stated that they found -- counterintuitively -- that blocking this immune response against the virus had beneficial effects in lowering the amounts of virus and increasing the ability of the immune response to clear out the virus.