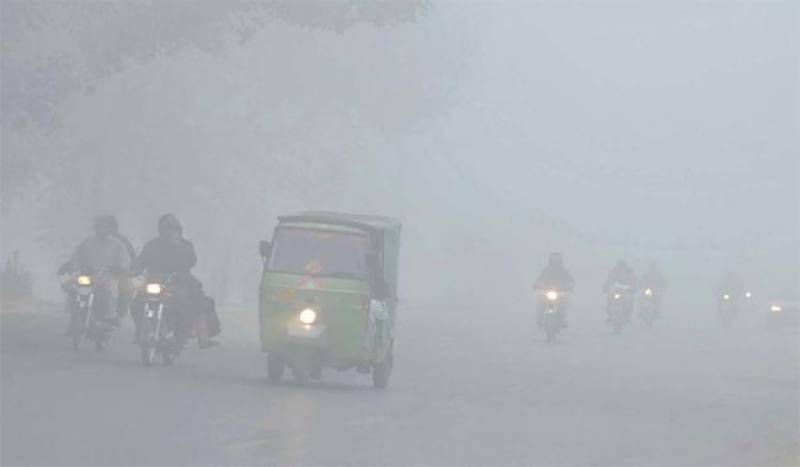 Lahore (Web Desk): Dense fog engulfed Lahore and adjoining areas in the early morning of Sunday as visibility in various areas is near zero, causing overnight delay in flight schedules and shut down of many sections of the motorway.

Motorway has been closed from Kala Shah Kaku to Faisalabad and also to Pindi Bhattian while the flight operations have been suspended.

Fog covered the atmosphere in the provincial capital as well immediately after the sunset. The citizens are forced to stay at homes due to chilly weather outside and visibility almost zero.

The flight operations at Lahore airport have also been suspended. At Benazir Bhutto Airport, dense layer of fog caused the suspension of domestic and international flights. Karachi-Lahore flight has also been suspended at the eleventh hour and the passengers were told to disembark the plane. Their money was also returned to them.