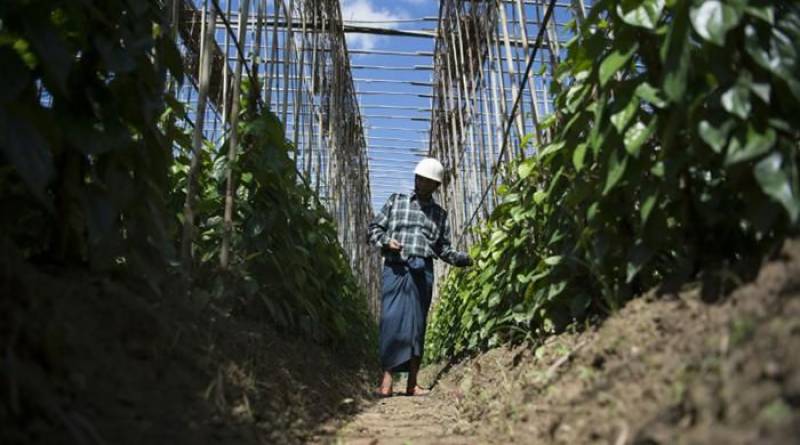 Yangon (Reuters): Whizzing across a blue-lit platform with a whirr and a squeak, liquid plastic emanating from its chrome tip, the 3D printer seems a far cry from the muddy, crop-filled fields that fringe Yangon.

But in an industrial park south of Myanmar's commercial hub, the advanced technology is now being used to design bespoke parts that are changing the lives of impoverished farmers.

Myanmar's manufacturing sector was gutted under five decades of isolationist military rule, forcing farmers to cobble together their own tools or use ill-adapted imports.

Poor equipment has only added to the hardships of growing crops in the disaster-prone country, where farmers account for nearly half of the economy's output despite being among the poorest producers in Asia.

But in one corner of Yangon, change is afoot.

Over at social enterprise Proximity Designs, cutting-edge 3D printer technology is being used to design specially adapted tools, in consultation with the farmers who use them.

"We want to create something that farmers find delight in," product designer Taiei Harimoto told AFP at their workshop, where robotic arms line the walls near benches littered with tools and mechanical parts.

The printer, a small, black, hollow cube with a needle inside attached to a computer, has already been put to use helping design parts for a sprinkler system and the internal mechanics for a solar pump.

Creating prototypes in plastic means the team can perfect designs for complex pieces in the lab, cutting out a lengthy back-and-forth that can cost thousands of dollars.

Once the design has been perfected, it is then sent off to factories in other countries where the final part is mass produced.

Co-founder Debbie Aung Din said, "Before it might have taken weeks and sometimes months to make the prototypes for each product."

Out in the fields, farmers say they are already seeing their profits grow.

On his tiny half-acre plot some 70 miles (100 kilometres) from Yangon, Betel leaf farmer Kyaw Win said his life has been changed by the 3D printer-designed sprinkling system he installed over two months ago.

"Using products like this can cut in half the amount of time we have to spend working each day," the 60-year-old told media as he stroked the plants' wide leaves, which many people in Myanmar chew as a stimulant.

Instead of paying labourers to water the plants using buckets, back-breaking work that often meant the leaves became damp and diseased, now he has a targeted system that he can operate himself.

He explained, "We also reduced our costs by more than half compared to what we had to spend before."