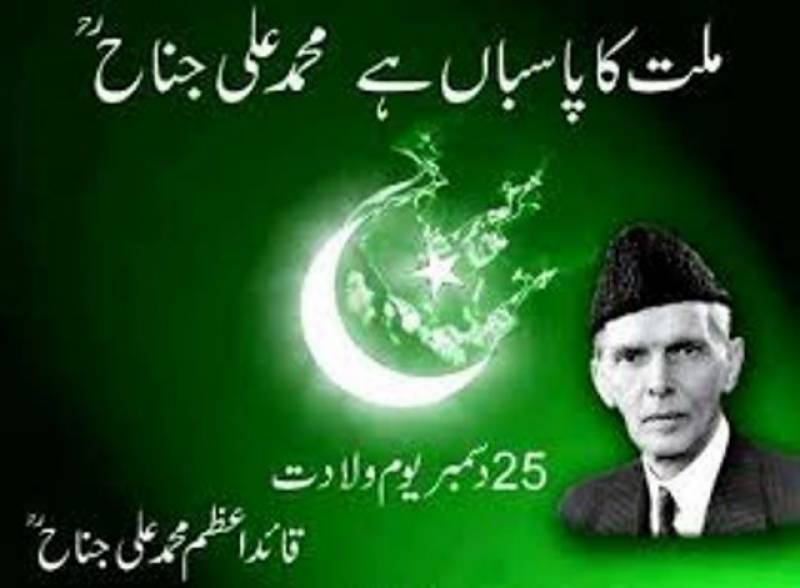 Karachi (Web Desk): The 140th birth anniversary of the founder of the nation Quaid-i-Azam Muhammad Ali Jinnah is being observed across Pakistan today (Sunday) with respect and dignity.

Special ceremonies have been arranged to pay rich tribute to the ‘Father of Nation’.

The national flag will be hoisted on principal government buildings throughout the country. The day has started dawn with special prayers for the prosperity of the country.

Quran Khwani was held at the Mazar-e-Quaid in Karachi while change of guards ceremony was also conducted as a fresh batch of soldiers is performing responsibilities of guard duty.

High government officials, assembly members, army officers, social and political figures besides various social and political organizations and educational institutes and people from all walks of life will visit the mausoleum of the Founder of Pakistan all day long to offer fateha.

Several special seminars and ceremonies have been arranged by civil society across the country to pay tributes to the Quaid.

In his message on the birth anniversary of the Quaid, the prime minister stressed, “We need to forge unity in our ranks to defeat the forces of extremism and uphold the principles of democracy, peaceful coexistence and rule of law. Let us pledge for national unity and a prosperous and developed Pakistan.”

Prime Minister Nawaz has said, “The Quaid’s principles of Unity, Faith and Discipline must be guiding principles for all of us, as a nation.” He prayed that Allah might give the nation strength to build Pakistan into a truly democratic state as envisioned by the great Quaid.

Prime Minister Nawaz Sharif who is interestingly celebrating his own birthday today (Sunday) said, “We celebrate the 140th birth anniversary of Quaid-i-Azam Muhammad Ali Jinnah today, the entire nation remembers the founder of our nation with utmost reverence and great admiration. We, as a nation, are thankful to Allah Almighty for bestowing us with the great Quaid who led the Muslims of the Subcontinent and ultimately achieved an independent homeland for us. He united the scattered Muslims under a single flag in his struggle for establishment of an independent Muslim state on the map of the world.” He said that the nation must follow the principles of the great Quaid and it would be an apt tribute to him.

146th birthday of Quaid-e-Azam being observed