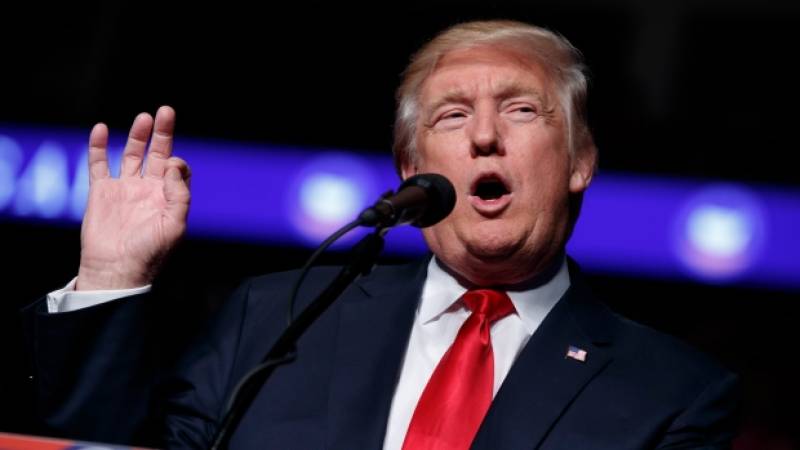 Washington (Online): US President-elect Donald Trump announced that he intends to dissolve his controversial philanthropic foundation to avoid conflicts with his role as president.

Trump´s sprawling portfolio of US and overseas business interests and holdings, as well as his Donald J. Trump Foundation, have come under increased scrutiny in the weeks since his election, and the shuttering of his charity would be his first big step to avoid a brewing storm of potential conflicts of interest.

His private foundation has been at the centre of several controversies, including how much money he has actually given it, and is under investigation by New York attorney general Eric Schneiderman.

The attorney general´s office said in a statement to US media, Trump could not yet close the foundation.

Schneiderman spokeswoman Amy Spitalnick said, "The Trump Foundation is still under investigation by this office and cannot legally dissolve until that investigation is complete."

Trump´s transition team said he had directed his counsel to take the necessary steps to close the foundation.

Trump said in a statement, "The foundation has done enormous good works over the years in contributing millions of dollars to countless worthy groups, including supporting veterans, law enforcement officers and children."

"However, to avoid even the appearance of any conflict with my role as president I have decided to continue to pursue my strong interest in philanthropy in other ways."

A Washington Post investigation in June said Trump had given just a fraction of the money he´d promised to charity, and it was only after public pressure that he made good on a pledge to cough up $1 million to a non-profit group for veterans.

His children, too, have come under the spotlight for their charitable enterprises.

Trump´s transition team this week denied a report that his sons were seeking donations of up to $1 million in exchange for possible post-inauguration access.

The Centre for Public Integrity, an award-winning group that addresses ethics and other policy issues, said a non-profit foundation was set up making discreet potential pay-for-play possible.

Daughter Ivanka Trump was forced to scrap a charity auction for coffee with her after ethics experts said it appeared bidders could pay for special access to the Trump family.

Critics say Trump will run into conflicts unless he fully divests himself of all his business and charitable interests.

Trump savaged his Democratic opponent Hillary Clinton during the campaign over her and her husband Bill Clinton´s foundation, calling it a "criminal enterprise."

Give powers or close down PEMRA: Absar Alam