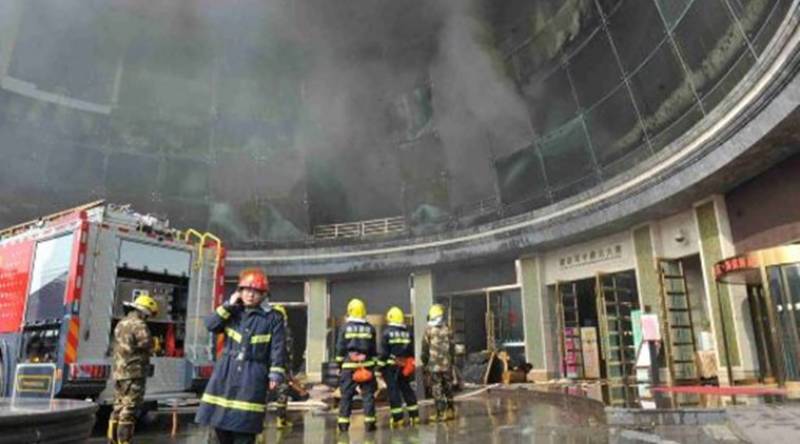 Beijing (Reuters): A fierce blaze at a hotel in southeastern China killed 10 people, the official Xinhua news agency said in a post on its official microblog on Saturday.

The fire broke out on Saturday morning at the hotel in the inland city of Nanchang, the capital of China's Jiangxi province, trapping people inside, including workers who were carrying out renovations on the building. Videos and photos on Chinese social media showed thick plumes of smoke coming from the hotel building and dozens of fire trucks and rescue workers on the scene.

Xinhua said one person had been injured jumping from a second floor window to escape and had been taken to hospital. Rescue work in the building was basically completed, said Xinhua, adding that initial probes suggested the cause of the fire was tools used to cut construction materials. The news agency added seven people had been detained by police while investigations continued. Deadly fires are not uncommon in China, where safety regulations are lax and fire exits often blocked.