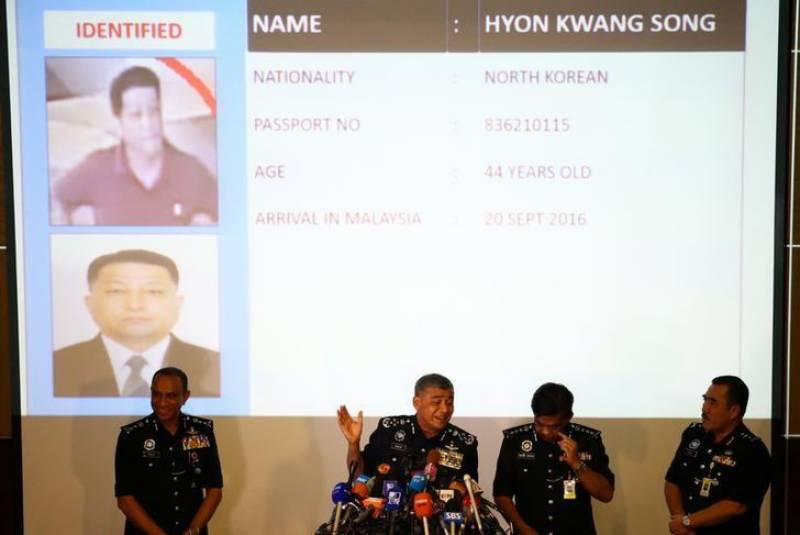 Kuala Lumpur (Reuters): Malaysia said on Saturday it would issue an arrest warrant for a North Korean diplomat wanted for questioning over the murder of Kim Jong Nam if he doesn't voluntarily cooperate with the police.

Earlier this week, Malaysia said 44-year-old Hyon Kwang Song, a second secretary at the North Korean embassy in Kuala Lumpur, was wanted for questioning over the death of the estranged half brother of North Korean leader Kim Jong Un.

"Reasonable" time will be given for the diplomat to come forward before police take further action, said Abdul Samah Mat, the police chief for Selangor state. Samah said if the person concerned did not cooperate the police would issue a notice under Malaysian law, "compelling" them to appear before the investigation team.

"And if he failed to turn up upon given this notice, then we will go to the next step by getting a warrant of arrest from the court," he told reporters. It was unclear if the embassy official can be detained since police have said he has diplomatic immunity. Eight North Koreans are wanted in connection with the case, including the diplomat. One has been detained by the Malaysian police, four are believed to have fled to North Korea, while two are still in Malaysia.