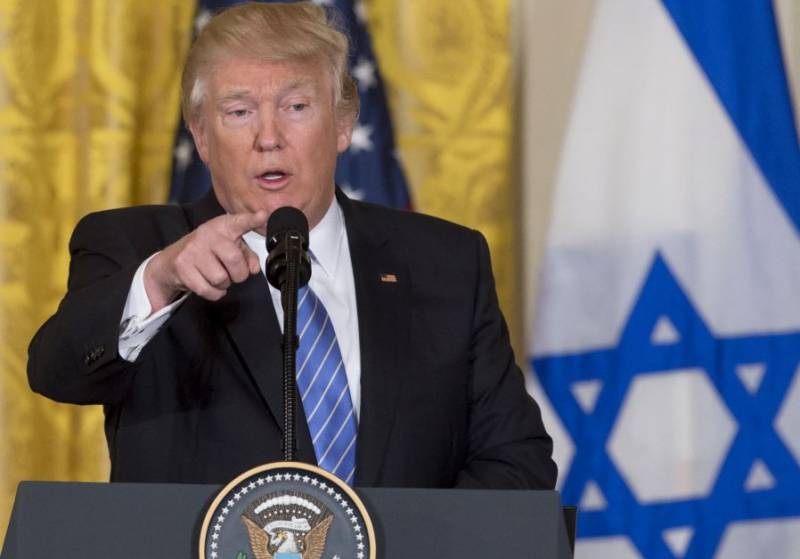 Washington (Reuters): U.S. President Donald Trump said he would make an enormous budget request for one of the "greatest military buildups in American history" on Friday during a feisty, campaign-style speech extolling robust nationalism to eager conservative activists.

Trump made comments to the Conservative Political Action Conference (CPAC), an organisation that gave him his first platforms in his implausible journey to the US presidency, to defend his unabashed "America first" policies.

Trump outlined plans for strengthening the US military, already the world's most powerful fighting force, and other initiatives such as tax reform and regulatory rollback ahead of a nationally televised speech to Congress on Tuesday.

He offered few specifics on any initiatives, including the budget request that is likely to face a harsh reality on Capitol Hill: At a time when he wants to slash taxes for Americans, funding a major military buildup without spending cuts elsewhere would add substantially to the US budget deficit.

Trump further stated that he would aim to upgrade the military in both offensive and defensive capabilities, with a massive spending request to Congress that would make the country's defence "bigger and better and stronger than ever before."

Trump said, "And, hopefully, we’ll never have to use it, but nobody is going to mess with us. Nobody. It will be one of the greatest military buildups in American history."

Appealing to people on welfare to go to work and pledging to follow through on his vow to build a wall on the US-Mexican border, Trump drew rounds of applause from the large gathering of conservatives, many of them wearing hats emblazoned with the president's campaign slogan, "Make America Great Again."

His speech was heavy on the nationalist overtones from his campaign last year, focusing on promises to boost U.S. economic growth by retooling international trade deals, cracking down on immigration and boosting energy production.

Trump is looking to put behind him a rocky first month in office. An executive order he signed aimed at banning U.S. entry by people from seven Muslim-majority countries became embroiled in the courts and he had to fire his national security adviser, Michael Flynn, for Russian contacts before Trump took office.

With the federal budget still running a large deficit, Trump will have to fight to get higher military spending through Congress. In his speech, he complained about spending caps put in place on the defence budget dating back to 2011.

White House spokesman Sean Spicer said Trump's proposed budget for this year "will be very clear" on how to fund the military spending increase.

Trump also heaped criticism on what he called purveyors of "fake news," seeking to clarify a recent tweet in which he said some in the U.S. news media should be considered an "enemy of the people."

He said his main beef was the media's use of anonymous sources. "They shouldn't be allowed to use sources unless they use somebody's name. Let their name be out there," Trump said.

His comments came on the same day CNN reported that White House Chief of Staff Reince Priebus asked FBI Deputy Director Andrew McCabe to deny a Feb. 14 report in the New York Times that said Trump's presidential campaign advisers had been in frequent contact with Russian intelligence officers. The request came after McCabe told him privately the report was wrong.

A senior administration official said on Friday that FBI Director James Comey told Priebus later that the story was not accurate. Priebus asked if the Federal Bureau of Investigation could set the record straight, but Comey said the bureau could not comment, the official said.

Trump has repeatedly chosen to make news media criticism a focus of his public remarks since taking office on Jan. 20.

The speech allowed Trump to put his stamp firmly on the conservative political movement, even as some activists fretted that his immigration and trade policies go too far.

With Trump in the White House and Republicans holding majorities in both houses of Congress, CPAC and the thousands of conservative activists who flock to the event each year from across the country are seeing their political influence rising.