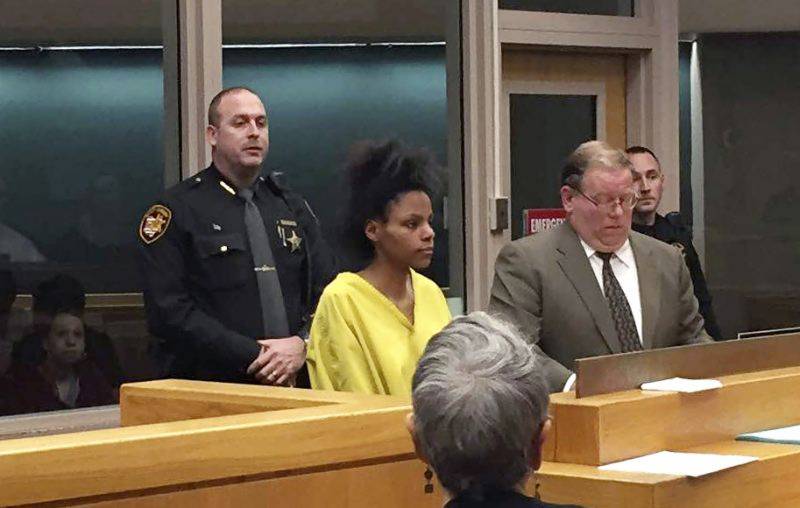 Ohio (Web Desk): A woman was sentenced this week to 15 years to life in prison after admitting she decapitated her 3-month-old daughter.

22-year-old, Deasia Watkins, appeared before a Hamilton County, Ohio, judge and pleaded guilty to one count of murder in the 2015 death of her infant daughter, Jayniah.

Watkins fractured the girl’s arm before stabbing her repeatedly and severing her head from her body in March 2015, court records show, PEOPLE confirms.

The child had reportedly been placed with Watkins’ aunt — and prosecutors said Watkins killed her in her aunt’s home, as her aunt slept, and then put the knife in Jayniah’s hand.

“She later told police she did that so people would think the child did it – not her,” Hamilton County Assistant Prosecutor David Prem said in court.

Watkins’ plea this week comes after she had rejected an earlier deal. For more than a year, she had been mounting an insanity defense: Court documents obtained by PEOPLE said Watkins had been diagnosed with postpartum psychosis, for which she is still receiving treatment.  Want to keep up with the latest crime coverage? Click here to get breaking crime news, ongoing trial coverage and details of intriguing unsolved cases in the True Crime Newsletter.