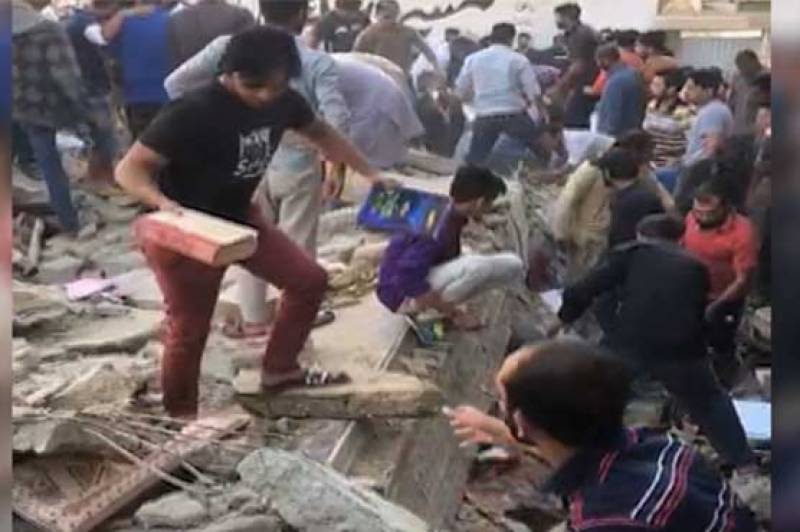 Karachi (Staff Report): At least two people were killed as a building collapsed in Karachi’s Jaffar Tayyara Society on Monday.

As per details, three families — a total of 20 people — were residing in the 30-year-old building.

Two bodies, of a man and a woman, were retrieved from the rubble while five others were pulled out in injured condition as authorities rushed to rescue the inhabitants trapped under the debris.

A child was among the injured rescued from the rubble. According to rescue sources, his father was among those killed in the incident.