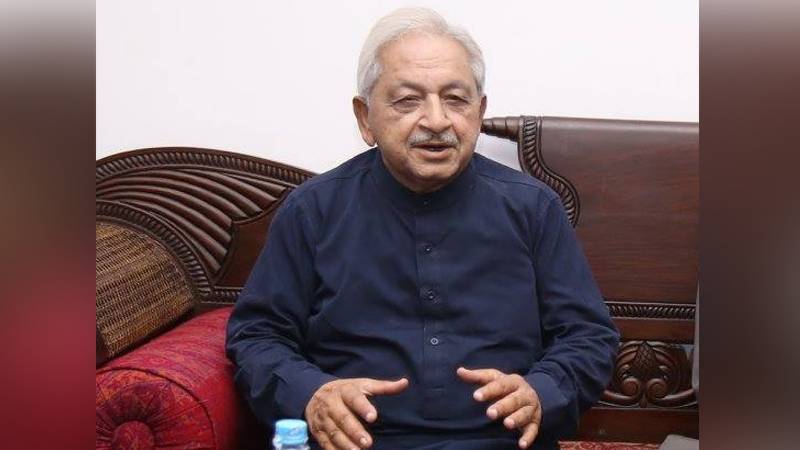 Senior journalist and Group Editor 'Daily Nai Baat', Atta-ur-Rehman passed away on Friday after a prolonged illness in Lahore.

The funeral prayers for the deceased was held at Pakistani Chowk, Ichhra.

Atta-ur-Rehman was suffering from a kidney disease and diabetes. He was undergoing treatment at a private hospital and was on dialysis. Later, his health deteriorated and he was shifted to ICU where he breathed his last on Friday.

He prayed for eternal peace for the departed soul and courage for the bereaved family, friends and colleagues to bear this loss.

Atta-ur-Rehman remained associated with various publications during his illustrious career.

He regularly contributed columns by the name of ‘Tajzia’ for Daily Nai Baat.

People belonging to different walks of life including journalist and politicians expressed grief over the death of the senior journalist.

Minister for Information and Broadcasting Fawad Chaudhry expressed deep grief and sorrow over the demise of Atta-ur-Rehman.

In his condolence message, the minister prayed to the Almighty to rest the departed soul in eternal peace and grant courage to the deceased’s family to bear this loss with fortitude.

Paying tribute to Atta-ur-Rehman for his services to journalism, Fawad said that the veteran journalist had ruled the hearts of his readers for two decades through his column under titled “Tajziya”.

Atta ur Rehman also fulfilled his responsibilities as the Group Editor of Daily Nai Baat in an effective way, the minister added.