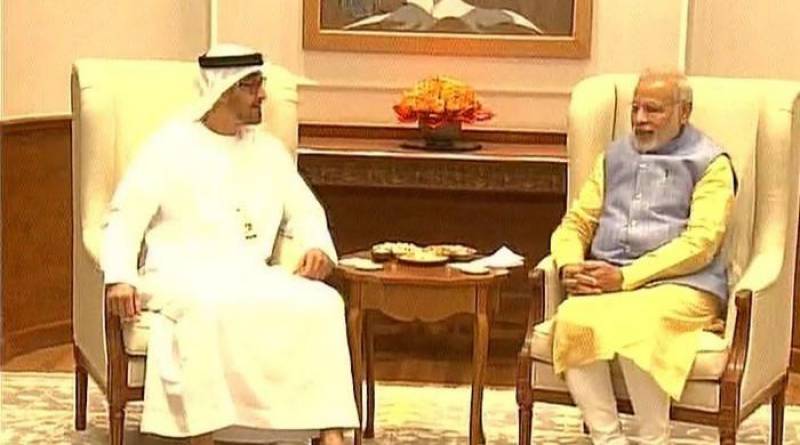 He was received by Indian President Pranab Mukherjee and Prime Minister Narendra Modi. The crown prince was welcomed with the guard of honour.  He also laid flowers at a memorial of Mahatama Gandhi, Raj Ghat.