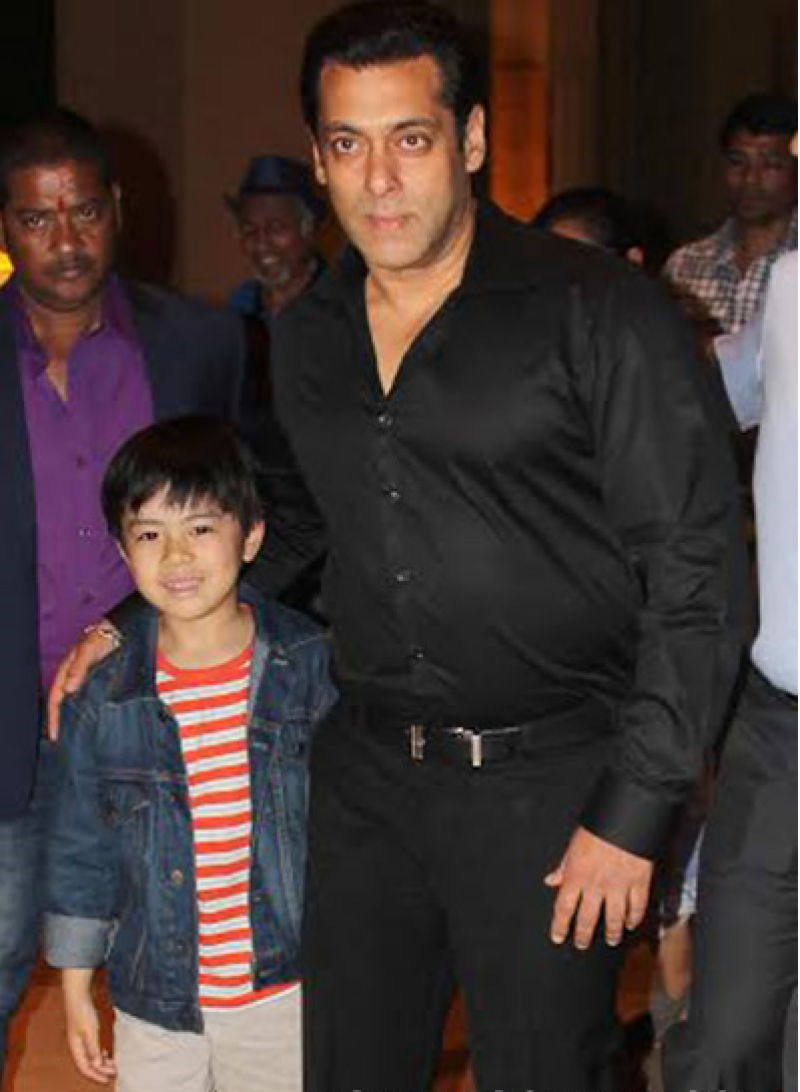 Here, 51-year-old Bollywood star can be seen, with the child Matin,. In the other photograph, Salman Khan declares that Matin is a part of 'Tubelight'.