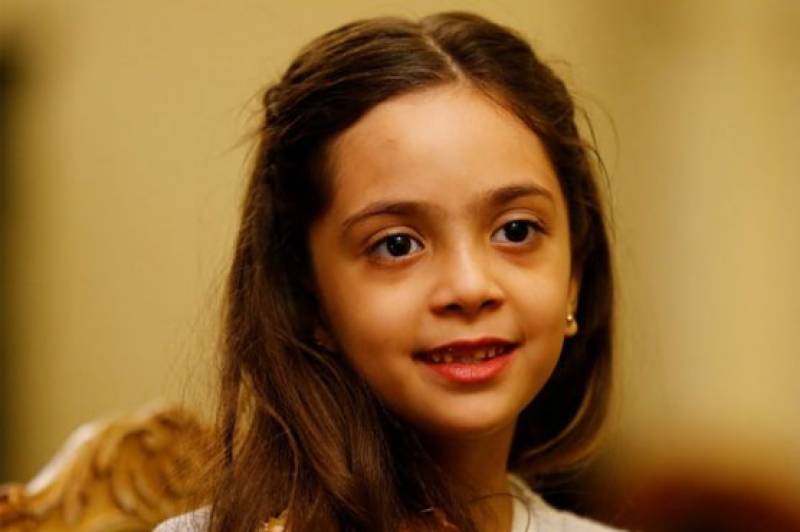 Istanbul (Online): About seven-year-old Syrian girl Bana al-Abed, sought international attention with her tweets giving a tragic account of the war in Aleppo, has written an open letter to new US President Donald Trump.

Bana, who was evacuated from the besieged city to Turkey in December, in her letter requested to Trump to help the Syria children, international media reported on Tuesday.

According to a transcript of the letter her mother sent to the international media she wrote, “I am part of the Syrian children who suffered from the Syrian war”.

She informed Trump that her school in Aleppo was destroyed by the bombing and some of her friends had died.

“You must do something for the Syrian children because they are like your children and deserve peace like you.”

“Right now in Turkey, I can go out and enjoy. I can go to school although I didn’t yet. That is why peace is important for everyone including you”.

She wrote, “However, millions of Syrian children are not like me right now and suffering in different parts of Syria”.

“You must do something for the children of Syria because they are like your children and deserve peace like you.”

At least 15,000 children are among the more than 300,000 people who have been slaughtered in Syria’s six-year war between President Bashar al-Assad’s regime and rebel forces.

Her tragic descriptions of life in besieged Aleppo on her @AlabedBana Twitter account, Bana became a symbol of the tragedy unfolding in Syria, although the government had slammed her and her mother’s nearly daily tweets as propaganda.

Turkey currently is hosting some 2.7 million refugees from the conflict despite returning the Syrian rebels back.

Although, Syrian rebels and Assad’s government are holding peace talks in Kazakhstan but there have been no signs of a breakthrough.

The key players Russia, Turkey and Iran invited but Trump’s administration to participate in the talks organize.

On Monday, Trump’s spokesman Sean Spicer said that the new US president was open to conducting joint operations with Russia to combat the Islamic State group, who control significant territory in northern Syria.