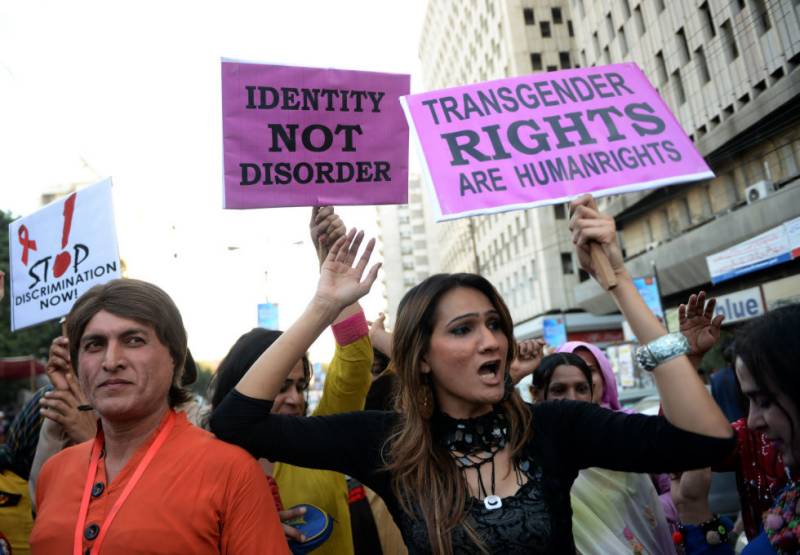 Islamabad (Agencies): A Jamiat Ulema-i-Islam-Fazl (JUI-F) senator has objected to the Council of Islamic Ideology’s (CII) recommendations on the identification of transgender people.

The Senate Functional Committee on Human Rights met to discuss the identification of transgender people under the Transgender Persons (Protection of Rights) Bill 2017, which was moved by PPP Senator Rubina Khalid.

JUI-F Senator Mufti Abdul Sattar said that a medical board should be constituted to determine the status of a transgender person because it would otherwise create religious issues.

The bill states that transgender people should not be asked to prove, through a medical examination conducted by a board, that they are transgender in matters of inheritance.

When transgender individuals demand a share of their inheritance, they are asked to obtain a certificate from a medical board, even in cases of transgender women, who would receive half the share entitled to a man.

Briefing the committee, Senator Khalid said she had met with the CII chairman, and they reached a consensus that transgender people should be recognised the way they identify themselves and, in case of any complaints about their status, the matter could be sent to court for a final decision.

She said the recognition of an individual as transgender should not be dependent on a physical examination because “it adds more to their problems”.

“They can be blackmailed and face difficulties to get the status of transgender,” she said.