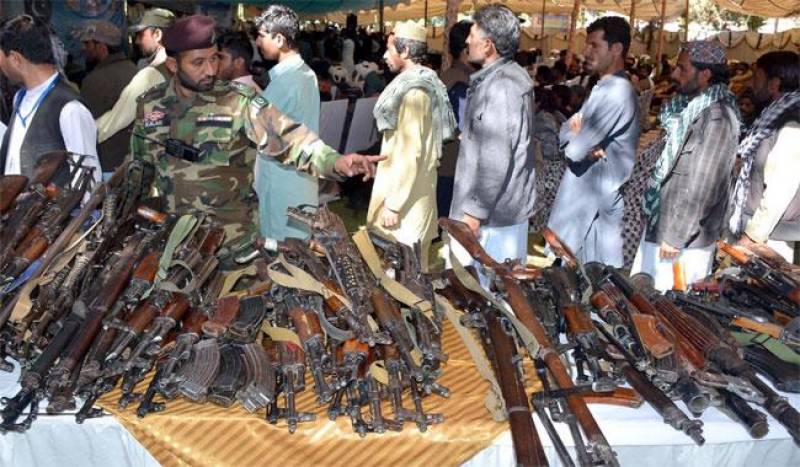 Quetta (Staff Report): More than 200 suspected militants laid down their weapons and vowed to abandon violent struggle at a ceremony held at FC Headquarters, Turbat.

Waving Pakistani flags, the persons came on stage to surrender arms where Balochistan CM also distributed cash and laptops among them.

The Balochistan, which is home of low-level insurgency by ethnic Baloch separatists, reconciliation process was kicked off by former chief minister Dr Abdul Malik Baloch a few years ago. So far, 2100 Ferraris have surrendered since the process was initiated.

On August 31, twelve Baloch Republican Army (BRA) terrorist surrendered to security forces at Noshki in Balochistan along with weapons and ammunition.

On Aug 18, around 22 insurgents surrendered to security forces during a ceremony held at Frontier Corps (FC) Madadgar Headquarters in Quetta.

In February, a key commander of the banned militant group, Kafeel Mengal along with his 14 accomplices surrendered to the security forces.