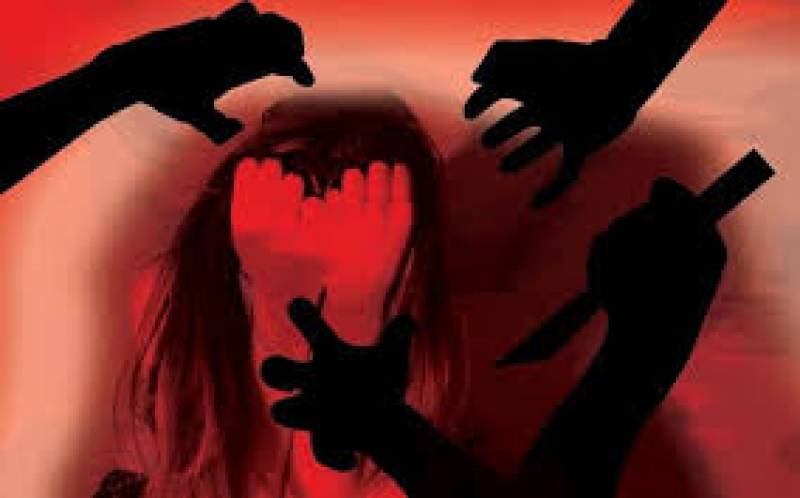 Muzaffargarh (Staff Report): An FIR was lodged on Wednesday, against 10 men for allegedly raping a woman and her young daughter in front of the woman’s elderly parents in a village on the outskirts of Muzaffargarh district.

The assailants, identified as Khizar, Bilal, Amir, Asif, Kamran and Imran and four others, resorted to torture after the woman and her daughter resisted their attempts to sexually assault them.

An FIR was lodged at Shah Jamal police station on complaint. However, police failed to arrest any of the 10 accused.

The sources reported that influential people of the area in Shah Jamal neighbourhood, allegedly broke into the residence of the woman’s parents and snatched a mobile phone and some money from her 10-year-old son. The woman was staying at her parent’s house as her husband was away in Dera Ghazi Khan for work.

The victims were then dragged to a nearby fields and gang-raped by the suspects in front of the woman’s father Manzoor Hussain and mother Zohran Mai.

The accused have tried to obtain interim bail till February 9 but the bail had been declined and they would be arrested soon, District Police Officer Awais Ahmad Malik told media.