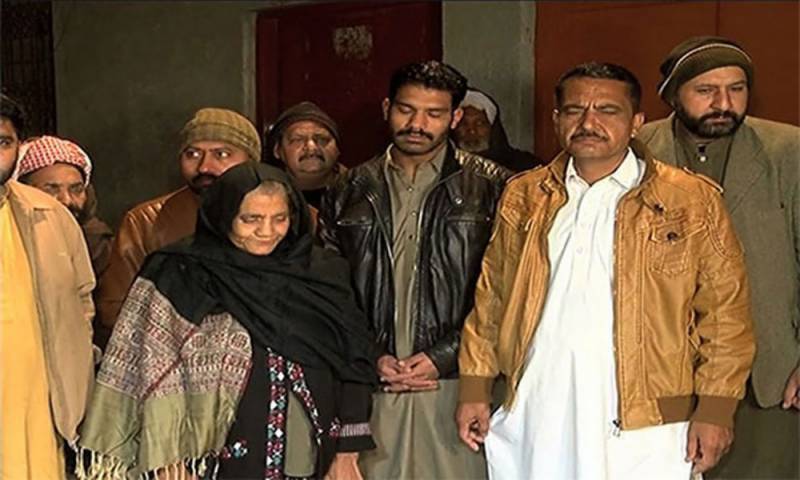 Lahore (Staff Report/Agencies): Family of Zeeshan, the driver who was killed in Sahiwal encounter by the CTD, on Friday left for Islamabad to meet President Dr Arif Alvi.

Zeeshan’s brother, Ehtisham and his mother left for the capital city after they were informed that Alvi had requested to meet the family.

On Saturday, the Counter-Terrorism Department (CTD) killed three members of a family; Khalil, his wife Nabeela, their 13-year-old daughter, and their neighbour, Zeeshan, in an alleged encounter near the toll plaza on GT Road in the Qadirabad area.

The CTD officials claimed that the operation was carried out on a tip-off by an intelligence agency to capture an “Islamic State (IS) commander”. The Punjab government also insisted that the CTD personnel had conducted the operation on the basis of solid evidence, killing (Daesh) terrorist Zeeshan resultantly, adding that the police also recovered firearm and explosives.

On the other hand, a joint investigation team (JIT) — pertaining to the case and led by Syed Ijaz Hussain Shah, additional inspector-general (AIG) of the Punjab Police — is probing it from various angles and has managed to obtain from the Excise & Taxation Punjab the record of the car used in the Sahiwal encounter.

According to the records obtained by the JIT, the car — with a registration number plate LEA-6683 — was first registered to Samina Muqaddar, a resident of Lahore, in March 2012 and transferred to Shaukat Ali Sajid of Okara in July 2012 and, in July 2017, to Lahore's Azeem Liaquat.

After that, the ownership of the vehicle was not transferred to any other identity. However, intelligence sources claim that terrorist Adeel Hafeez bought the car from a person named Saqib Majeed and that there was a deal between Hafeez and Majeed in May 2018.