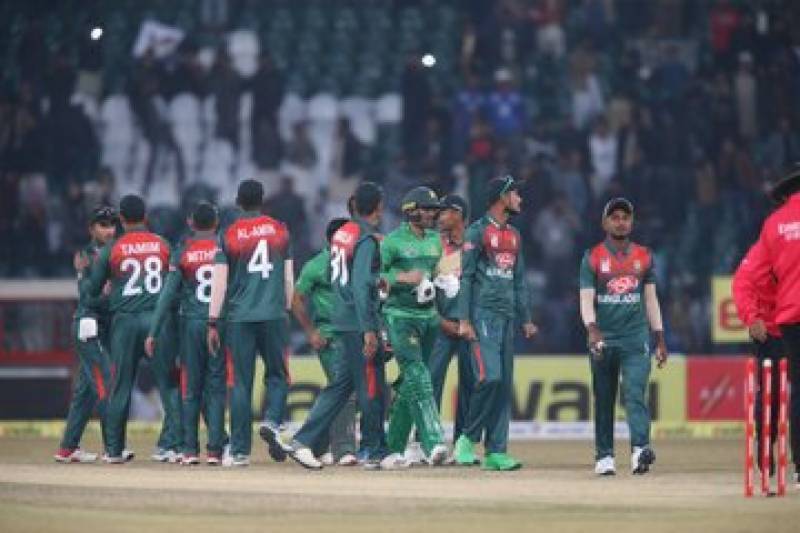 Pakistan chased the 137-run target set by Bangladesh, who had won the toss and elected to bat first.

In the 1st match played on Friday, Pakistan beat Bangladesh by 5 wickets.

The Tigers won the toss and opted to bat first. Pakistan and Bangladesh will play a three-match T20 series. The next matches will be played on Saturday and Monday.

Bangladesh cricket team arrived in Lahore in a chartered flight late on Wednesday.

Pakistan made no changes to the line-up, while the visitors brought in Mahedi for Mithun.