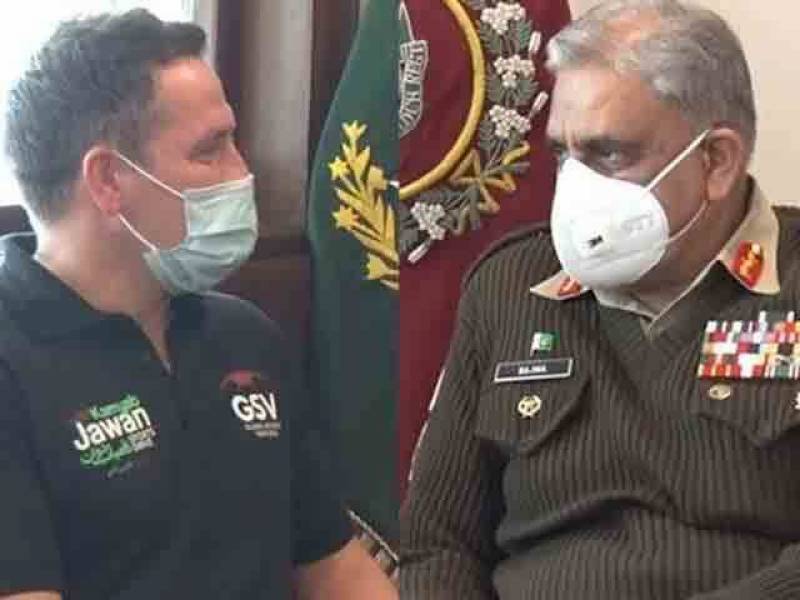 According to a statement by the Inter-Services Public Relations (ISPR), the COAS thanked the former English footballer for visiting Pakistan and promoting sports particularly football.

Speaking on the occasion, the army chief said that sports promote peace and this initiative for developing football infrastructure and young talent in Pakistan is a welcome step.

Earlier today, the former footballer had arrived in Islamabad on a three-day tour.

As per the schedule, he will brief Prime Minister Imran Khan on a roadmap to develop football in Pakistan.

In collaboration with Global Soccer Ventures (GSV), the former Liverpool International s tour is set to spark a new era of football in the country.