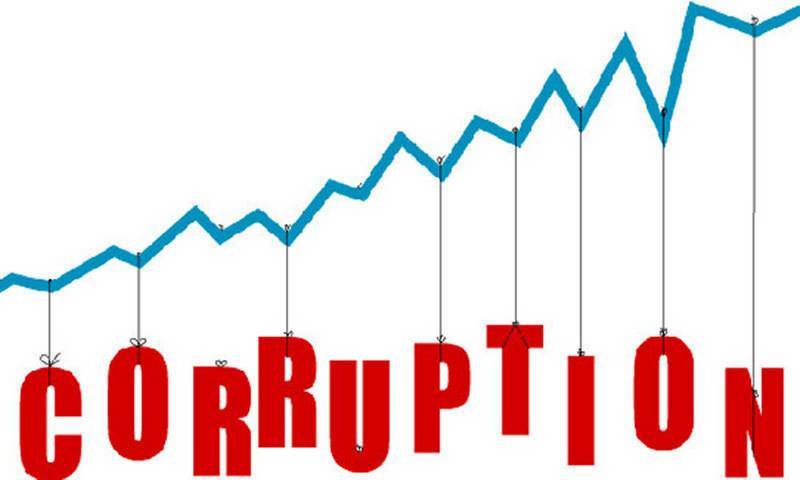 Islamabad (Web Desk): Transparency International has reported that Pakistan's rank has fallen 16 places to 140 from 124 out of 180 countries on Corruption Perception Index (CPI) for 2021.

The CPI is an index published annually by the global watchdog, which ranks countries "by their perceived levels of public sector corruption, as determined by expert assessments and opinion surveys."

???? Out tomorrow: We scored 180 countries on their perceived level of public sector #corruption. How does your country measure up? #CPI2021 pic.twitter.com/YNxbjzZTrc

The 2021 edition of the CPI ranked 180 countries and territories by their perceived levels of public sector corruption, drawing on 13 expert assessments and surveys of business executives.

In 2020, Pakistan's CPI was 31 and it was ranked 124 out of 180 countries. According to Transparency International, the country's corruption score has now deteriorated to 28 while it is ranked 140 out of the total countries on the index.

Transparency International issued a statement saying the CPI shows that corruption levels remain at a standstill worldwide, with 86 percent of countries making little to no progress in the last 10 years.

Reacting to the report, Leader of the Opposition in the National Assembly Shahbaz Sharif said that for the second consecutive year, Transparency International has "testified" that corruption during the incumbent government is a "thief and is corrupt".

"The international organisation's report is an indictment of the PTI govt and the corrupt rulers should resign. The country cannot bear their plundering anymore," the PML-N leader said.

In her comments on the report, Pakistan People Party (PPP) Senator Sherry Rehman said that the report was a charge sheet against the incumbent government, as it had "exposed" the prime minister's narrative.