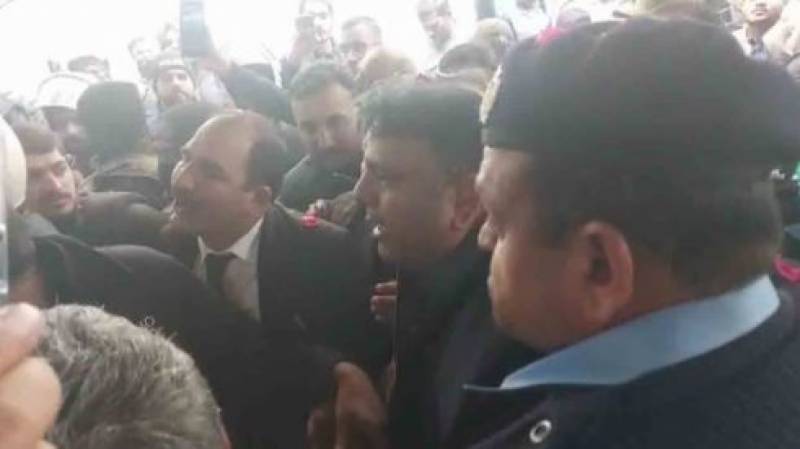 Lahore (Web Desk): The Lahore High Court (LHC) on Wednesday dismissed a petition challenging the arrest of Pakistan Tehreek-e-Insaf (PTI) leader Fawad Chaudhry who was arrested by the Islamabad police in the wee hours today for “inciting violence against a constitutional institution”.

Justice Tariq Saleem heard the petition challenging the PTI leader’s arrest, during a hearing that was adjourned at least four times.

The judge told Fawad's counsel that his client's arrest was not "illegal" as the police had followed the rules and procedures required for detaining the former minister.

Earlier, the LHC, summoned the inspector generals (IGs) of Islamabad and Punjab police over failure to produce Pakistan Tehreek-e-Insaf (PTI) leader Fawad Chaudhry who was arrested by the Islamabad police in the wee hours on Wednesday.

The court had ordered authorities to present the PTI leader before it in response to a petition filed by Fawad's cousin, Nabeel Shehzad, for the "recovery" of the former federal minister.

Justice Tariq Saleem Sheikh in his remarks ordered the authorities to present the PTI leader before the court by 1:30pm. The time was later extended to 2pm, but the authorities failed to produce Fawad before LHC.

However, when the proceedings resumed at 2pm, the counsel representing Punjab government claimed that Fawad's whereabouts are not known has his transitory remand was approved earlier.

Fawad's counsel, however, countered that the PTI leader was still in Lahore and the court was being deceived. He further stated that it falls under contempt of court.

The court, keeping in view the argument presented by the provincial government's counsel, summoned IG Punjab and IG Islamabad to court at 6pm along with the PTI leader.

Earlier in the day, a local court in Lahore Cantt approved Fawad's transitory remand to the Islamabad police hours after the capital's Kohsar police arrested him from the provincial capital.

PTI leader Fawad Chaudhry was arrested by Islamabad police from his Lahore’s residence on charges of sedition in the early hours of Wednesday.

During the hearing of the case, the PTI leader asked the judge to provide him with a copy of the FIR registered against him. He went on to say that he was proud of the charges against him.