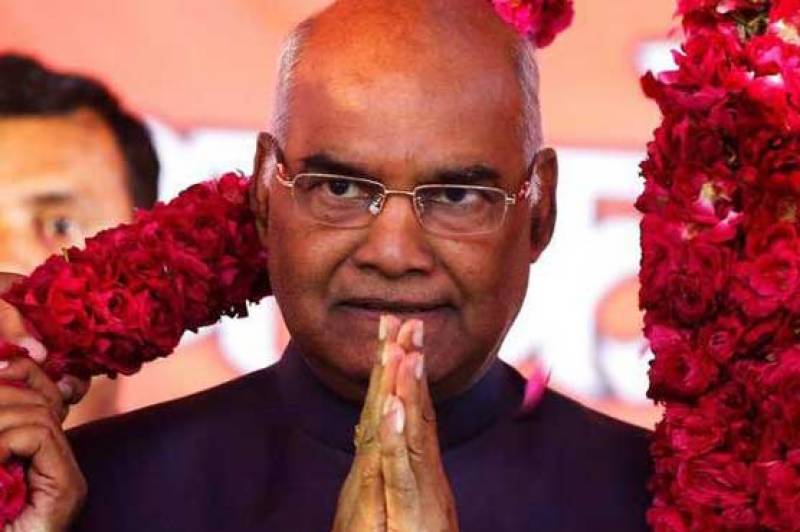 New Delhi (Web Desk): Ram Nath Kovind was sworn in as India’s president Tuesday, becoming just the second leader from the oppressed Dalit community to be elected head of state.

Ram Nath Kovind had elected as India’s 14th president, becoming the first head of the state of the Hindu-majority nation chosen from the marginalised Dalit community.

The National Democratic Alliance candidate obtained 65.65 percent of votes from the electoral college, the Times of India reported on Thursday.

Dalits, who number around 200 million in the nation of 1.3 billion, are among India’s poorest communities and relegated to the margins of society.

India’s prime minister wields executive power, but the president can send back some parliamentary bills for reconsideration and also plays a guiding role in the process of forming governments.

Kovind is the second Dalit president after K. R. Narayan, who held the post for five years from 1997.