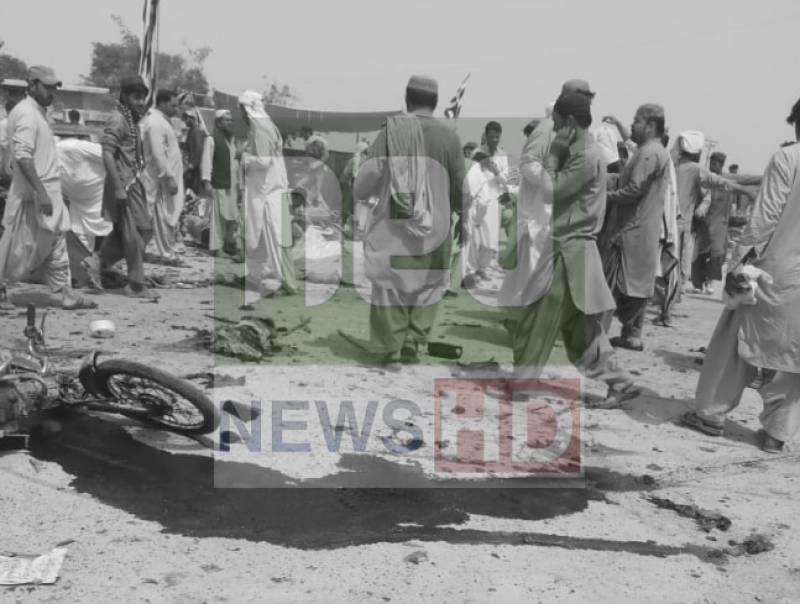 Quetta (Staff Report): At least 31 people were martyred and more than 30 others injured in a suspected suicide attack outside a polling station near Eastern Bypass in Quetta on Wednesday.

Rescue officials said the explosion occurred near a police vehicle on routine patrolling.

The injured have been shifted to Sandeman Provincial Hospital. A state of emergency has been declared at the hospital.

Law enforcement agencies have cordoned off the area and launched search operation.

According to a foreign news agency, the Islamic State militant group claimed responsibility for the attack in the western city of Quetta, where security sources said the bomber drove his motorcycle into a police vehicle.

Earlier, voting for General Elections 2018 has been started across the country amid tight security.