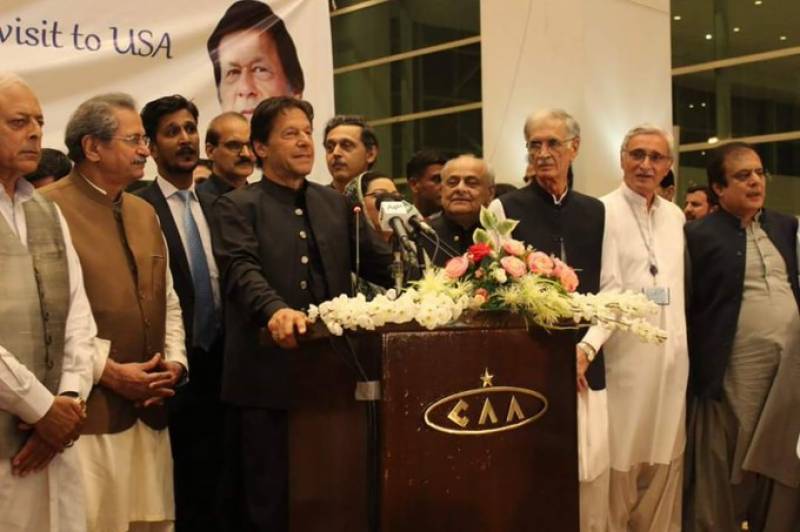 Islamabad (Web Desk): Prime Minister Imran Khan has vowed to bring to justice those who looted and plundered the country.

The PM returned to Pakistan upon completion of a successful tour to the United States (US) on Thursday.

In response to jubilant reception at the airport, PM Imran said he felt as if he had come home after winning the World Cup and not from an official visit.

The PM said that he never bowed down before anyone and neither would he let his nation do it.

“The day is not far when the world will respect the green passport and Pakistan will emerge as a great country of the world,” Khan asserted.

The PM expressed the resolve to rebuild the institutions damaged by the former rulers through their corrupt practices.

Prime Minister Khan, who was on a three-day visit to the US, returned to Pakistan in the wee hours of Thursday.

During the visit, the PM held talks with US President Donald Trump, interacted with Congressional leaders and addressed a think-tank.

The Afghan peace process remained at the top of the agenda during his meetings with members of the Trump administration.

After a brief meeting at the airport, the two sides also held detailed discussions at the Qatari premier’s residence, where a banquet dinner was hosted in honour of PM Imran and his delegation.