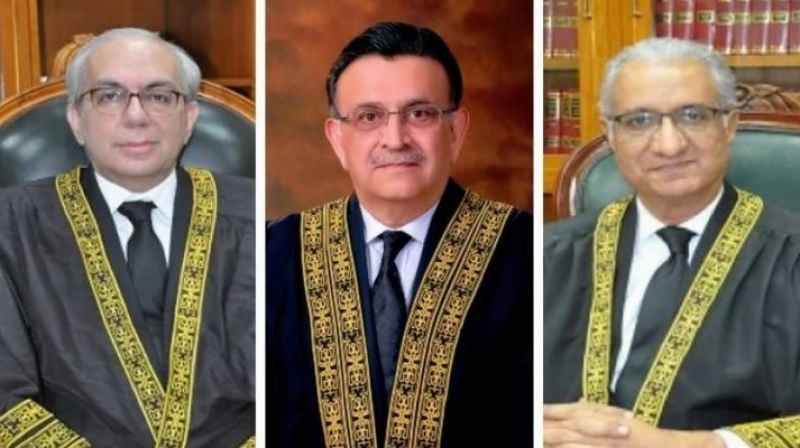 Strict security measures have been taken as Rangers have been deployed at entry points of the apex court to avoid any untoward situation.

In a statement, an official of the Islamabad police said only leaders of respondent parties would be allowed to enter the court premises with the permission of the SC administration.

He added that lists of leaders had been provided by political parties in this regard.

“No rally, procession or gathering will be allowed in the Red Zone, including around the Supreme Court,” the police official said.

Meanwhile, Punjab Chief Minister Hamza Shahbaz Sharif has filed a separate petition, seeking formation of a full court bench in a case against his election, a demand which has also been reiterated by leaders of government's coalition parties in press conference in Islamabad.