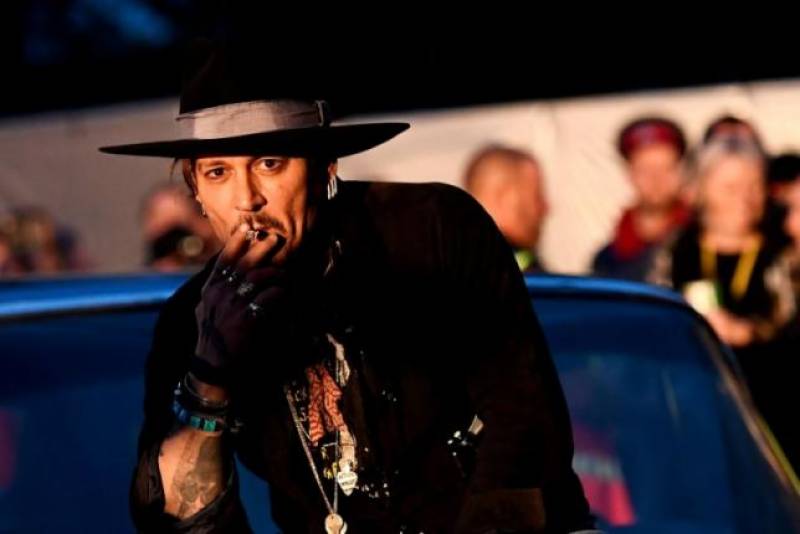 England (Reuters): Johnny Depp on Friday apologized for joking about assassinating US President Donald Trump, saying his remarks were in "poor taste."

"The Pirates of the Caribbean" star spoke during an appearance at Britain's Glastonbury music festival on Thursday when he pondered how long it had been since an actor had killed a US president.

His remarks drew rebukes from Trump supporters, and the White House described Depp's remarks as "sad."

"President Trump has condemned violence in all forms and it's sad that others like Johnny Depp have not followed his lead," the White House said in a statement.

"I hope that some of Mr. Depp’s colleagues will speak out against this type of rhetoric as strongly as they would if his comments were directed to a Democratic elected official."

Depp on Friday said his remarks were not intended maliciously.

“I apologize for the bad joke I attempted last night in poor taste about President Trump,” Depp, 54, said in a statement. “It did not come out as intended, and I intended no malice. I was only trying to amuse, not to harm anyone.”

Depp was at a screening of his 2004 film "The Libertine" at the Glastonbury festival when discussion turned to the topic of Trump. Depp said he thought the president "needs help."

"Can we bring Trump here?" Depp asked the audience. "... When was the last time an actor assassinated a president?"

"Now I want to clarify, I'm not an actor," Depp continued. "I lie for a living. However, it's been a while, and maybe it's time."

The US Secret Service said it was aware of Depp's comments but had no other comment.

Some Republicans criticized Depp's comments as part of a grim trend.

"I'm sick of celebrities getting away with such disgusting comments," Ronna Romney McDaniel, the Republican National Committees chairwoman, wrote on Twitter.

Depp, whose latest "Pirates of the Caribbean" movie was panned by critics in May, has had more than a year of bad press following an acrimonious divorce from actress Amber Heard and a lawsuit against his former business managers that has detailed claims of lavish spending by the actor.

Earlier in June, Delta Air Lines and Bank of America pulled their sponsorship of a New York production of Shakespeare's "Julius Caesar" because the assassinated Roman ruler was portrayed as a Trump-like businessman.

Last week, a gunman opened fire on Republican lawmakers in who were practicing for a charity baseball game.

Johnny Depp left in 'financial turmoil' due to lavish lifestyle