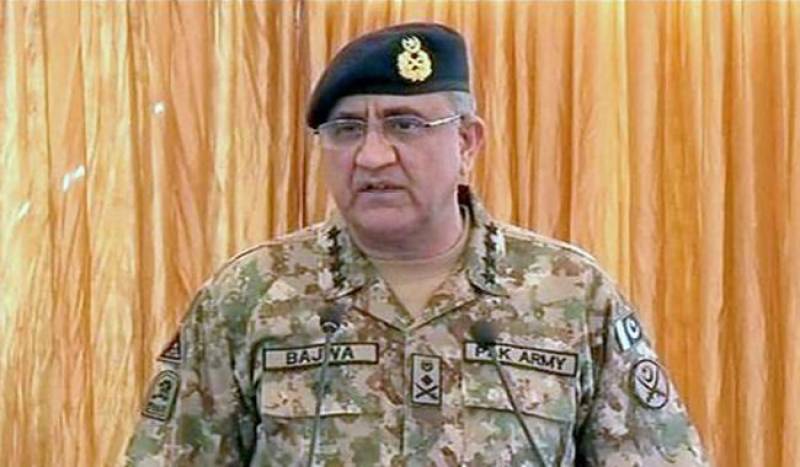 Rawalpindi (Staff  Report): The Chief of Army Staff (COAS) General Qamar Bajwa has made it clear to the world that Pakistan had done enough and would continue to do what it can to counter terrorism, but it was now time for other stakeholders, especially for Afghanistan to do more.

According to the ISPR, the army chief made these remarks while chairing a high-level security huddle held to review the security situation in the backdrop of the recent spate of terrorist activities in the country.

“Unfortunately our sacrifices against terrorism are not well acknowledged and we are often subjected to demand of do more,” the army chief was quoted as saying by the Inter Services Public Relations.

It was concluded that while counter terrorism efforts by Pakistan continue, it is time now for the other stake holders particularly Afghanistan to ‘do more’.

Gen Qamar reiterated that the Pakistan army will continue its efforts to positively contribute towards regional peace and stability and shall not allow use of our territory against any other country.

"Pakistan has done the best and max in fight against terrorism, it is time now for other stake holders esp Afg to 'Do More'," COAS. pic.twitter.com/KbEaWhWaD2

He expressed his resolve to eliminate the menace to ensure safety and security of Pakistan and its resilient people who are real strength of their brave security forces.