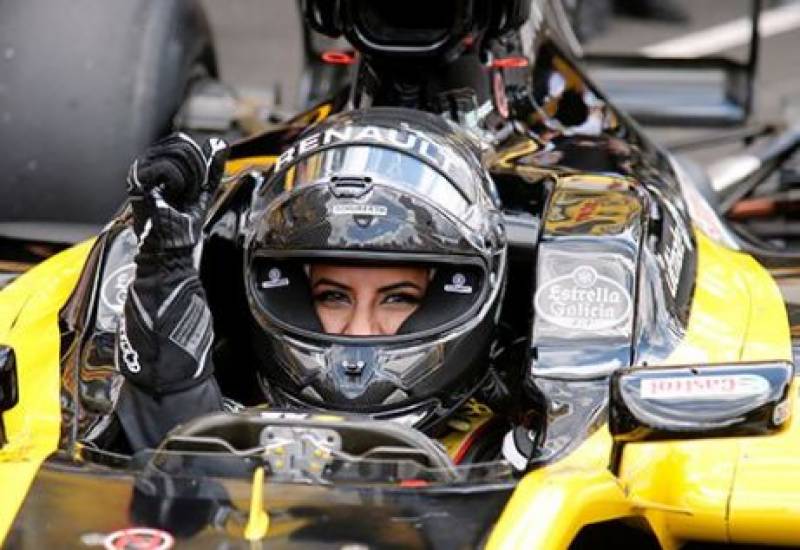 Jeddah (Web Desk): A Saudi woman drove a Renault Formula One car around the French Grand Prix circuit, declaring the start of a new era for women of the holy kingdom in motorsport.

Aseel Al-Hamad’s public performance coincided with a day, Saudi Arabia lifted a long-standing ban on the driving of woman – in line with the vision of ambitious Crown Prince Mohamed bin Salman.

“I believe today is not just celebrating the new era of women starting to drive, it’s also the birth of women in motorsport in Saudi Arabia,” she told Reuters in happiness.

The businesswoman expressed that the most important thing she was looking forward to is to start seeing the next generation, young girls, trying motorsport.

But Sunday’s escapade was not the first one for Al-Hamad as he had driven a Formula One car at the circuit on June 5 as part of a familiarization day.

However, what sets apart the latest adventure is that it was a public event, with scores of bystanders waving hands and cheering up as part of a parade of the French manufacturer’s historic racing cars to mark the return of Formula One to France after a 10-year absence.

The car which barreled down the down was also of prominence as it took 2007 world champion Kimi Raikkonen to victory in Abu Dhabi in November 2012.