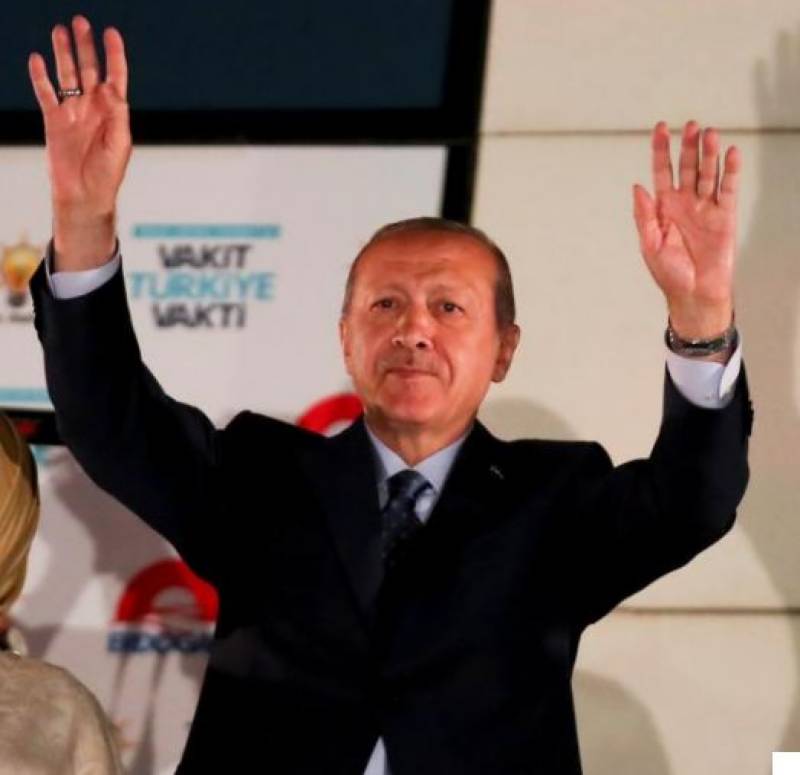 Istanbul (Reuters): Tayyip Erdogan emerged victorious on Monday from his biggest electoral challenge in a decade and a half, giving him the sweeping, executive powers he has long sought and extending his grip on the nation of 81 million until at least 2023.

Erdogan, 64, and his ruling AK Party on Sunday claimed victory in presidential and parliamentary polls, overcoming a revitalized opposition that in recent weeks had gained considerable momentum and looked capable of staging an upset, international media reported.

The most popular and divisive leader in modern Turkish history, Erdogan pledged there would be no retreat from his drive to transform Turkey, a deeply polarized nation that is both a NATO member and, at least nominally, a candidate to join the European Union.

The opposition had said late on Sunday it was still too early to concede defeat. The main opposition’s candidate, the combative former teacher Muharrem Ince, took nearly 31 percent. Erdogan has repeatedly cast his opponents as enemies of democracy, tapping into the groundswell of nationalist feeling that followed a failed coup in 2016.

“It is out of the question for us to turn back from where we’ve brought our country in terms of democracy and the economy,” he said on Sunday.

“There is no stopping for us until we bring Turkey, which we saved from plotters, coupists and political and economic hitmen, street gangs and terrorist organizations, to among the top 10 economies in the world.”

The vote ushers in the powerful, new executive presidency backed by a narrow majority in a 2017 referendum. Critics have said it will further erode democracy and entrench one-man rule.

A masterful campaigner, Erdogan has overseen years of strong economic growth and won the loyalty of millions of pious, working class Turks for delivering schools, hospitals and infrastructure.

But he has also launched a widening crackdown against opponents, that has seen some 160,000 people jailed and media outlets shut down.

Balochistan extends lockdown till May 19