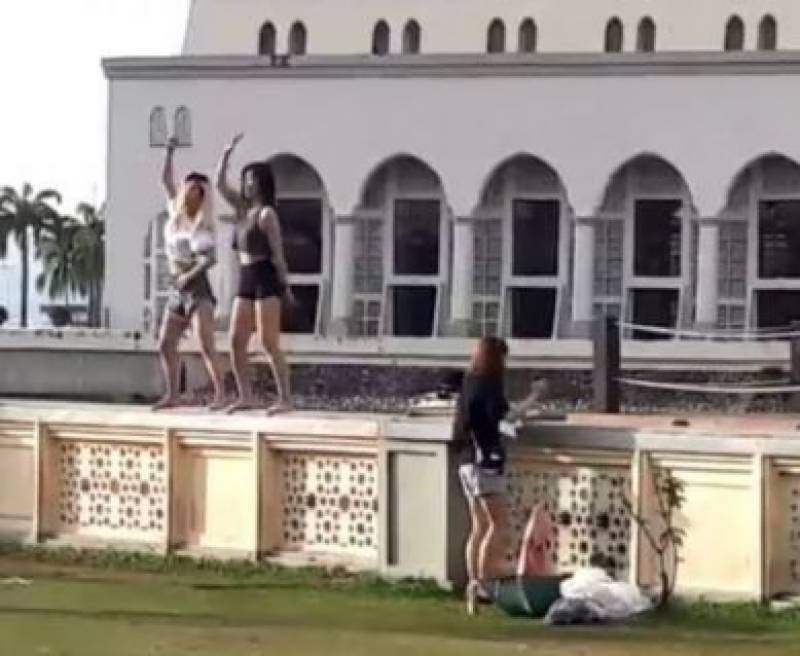 Kuala Lumpur (Web Desk): A Malaysian mosque has been banned tourists after a video of two female visitors dancing in front of the mosque went viral online.

The pair, of East Asian appearance and believed to be foreigners, were filmed doing the dance in skimpy shorts and tops exposing their midriffs on a wall outside the main mosque in the city of Kota Kinabalu, a popular site for visitors and tour groups.

Residents and local Muslim groups were incensed by the moves outside the mosque on Borneo island, which is renowned for its huge blue and gold dome and ornate minarets. An outraged onlooker can be heard in the video saying: “Why don’t they just fall off the wall?”

It is not the first time that foreign visitors have landed in hot water for disrespecting local culture in Sabah. In 2015, four Western tourists pleaded guilty to obscenity charges for taking nude photos on popular peak Mount Kinabalu, an act some in the country blamed for causing a deadly earthquake.