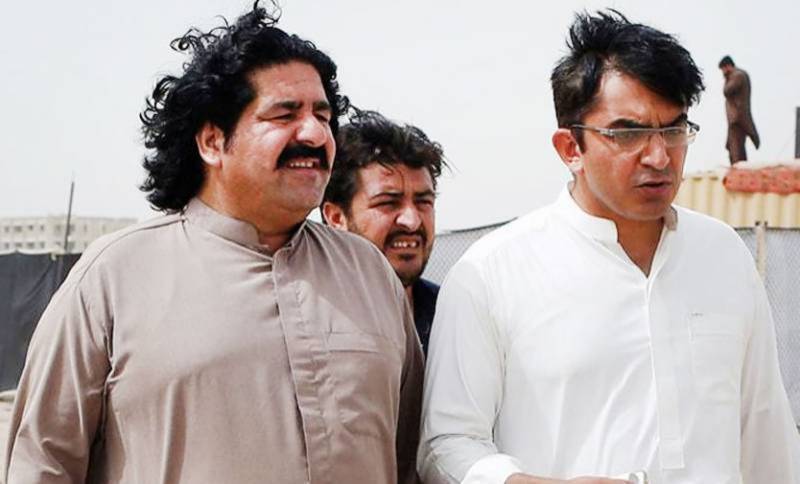 According to details, the lawmakers were presented in the court under tight security.

The Counter Terrorism Department (CTD) sought an extension in the remand of the PTM leaders remand but the anti-terrorism court rejected CTD’s request and sent both Ali Wazir and Mohsin Dawar to 14-day judicial remand.

The court combined the cases of the MNAs and ordered to reproduce them in the on July 9.

Mohsin Dawar and Ali Wazir along with nine others were booked in an attack on Army check post in North Waziristan last month.

On May 26, a group of PTM while attacked Khar Kamar check post in North Wziristan.

According to Inter-Services Public Relations (ISPR), five army soldiers were wounded in firing by the attackers.

The attackers came with a motive to release some suspected terrorists, however, three attackers were killed and 10 others sustained injuries in the exchange of fire, the military’s media wing had said.