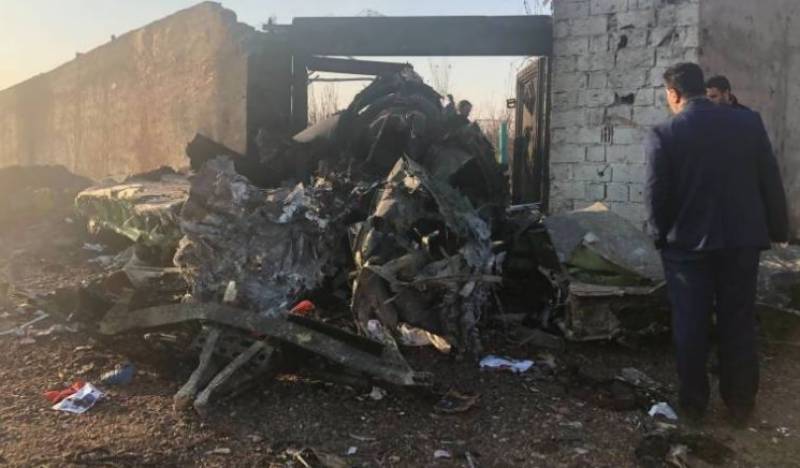 Tehran (Web Desk): Iran on Friday criticised as “highly politicized” a report by a special Canadian forensic team that accused the country of incompetence and recklessness over the downing of a Ukrainian passenger plane last year.

The report, published on Thursday, found that while the shooting down of Ukrainian International Airlines flight 752 was not premeditated, it did not absolve Iranian officials of responsibility for the incident.

Iran has admitted it shot down the airliner shortly after takeoff from Tehran in January 2020, killing 176 people, and blamed a "disastrous mistake" by forces on high alert during a confrontation with the United States.

“From a legal standpoint, they (Canada) lack any authority to conduct a unilateral or arbitrary report or comment on an air crash outside their jurisdiction,” Mohsen Baharvand, Iran's deputy foreign minister for international and legal affairs, was quoted as saying by Iranian media.

“If this highly politicised and illegal behaviour by Canada became the norm, all countries, even the civil aviation industry, would be the main victims.”

“Iran has fulfilled its obligations under international law and continues to pursue and implement them,” Baharvand said, adding that his country possessed sufficient documents and expertise to be able to provide any required clarifications.

Ottawa has repeatedly complained that Iran’s official explanation did not answer many important questions about the downing of the Ukrainian plane.