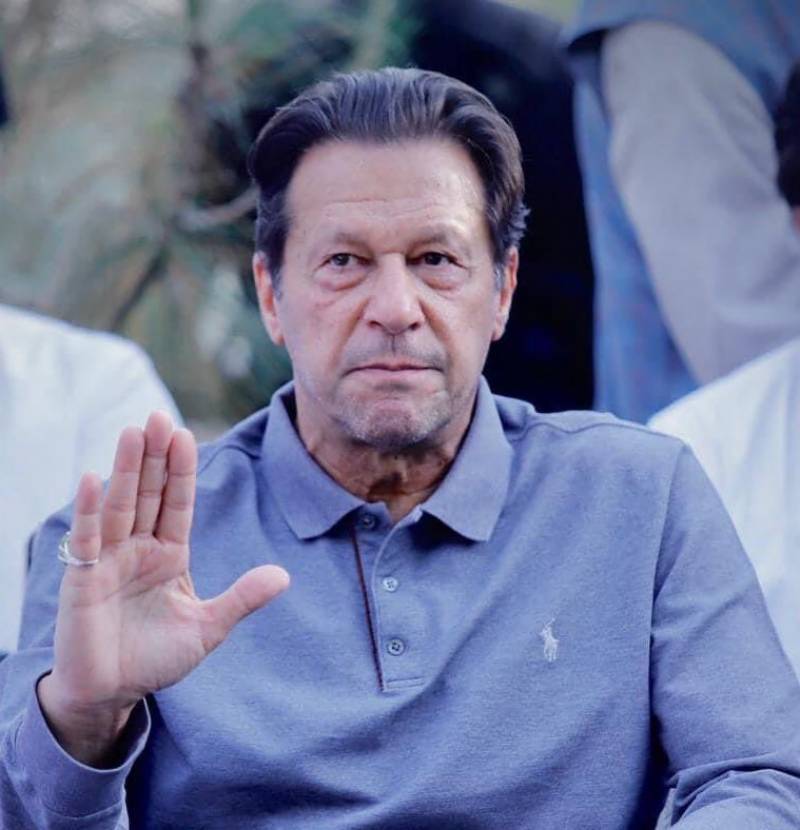 In the petition filed today, the former premier named the Federation of Pakistan through its secretary Law and Justice Division and the NAB through its chairman as respondents in the case.

The PTI chief had earlier declared his intention to challenge the amendments in the apex court and had said they were tantamount to “legitimising” corruption.

Addressing a press conference in Islamabad on Tuesday, the PTI chief said that the incumbent rulers should be put in jails for shamelessly passing the amendments in the NAB law.

"This new law is disrespect to the nation and the country", the former premier said, adding that it has clipped the powers of the anti-corruption watchdog as NAB will not be able to deal with money laundering cases.

He said that money laundering cases will be dealt by the Federal Investigation Agency (FIA) which worked under Interior Minister Rana Sanaullah, he added.

Imran Khan said that the move exposed the real intention of the incumbent government that they came into power to close down their corruption cases.

"History will never forget those all internal and external elements who “installed” the incumbent regime in power," the PTI chief said, adding that soon he will give a call for another protest against the incumbent government.

It is pertinent to mention that the coalition government passed the National Accountability (Amendment) Bill, 2022, in the National Assembly and the Senate last month, but President Arif Alvi returned the bill unsigned.

The NAB (Second Amendment) Bill 2021 states that NAB's deputy chairman, to be appointed by the federal government, would become the acting chairman of the bureau following the completion of the tenure of the chairman.

The bill has also reduced the four-year term of the NAB chairman and the bureau's prosecutor general to three years. After approval of the law, NAB will not be able to act on federal, provincial or local tax matters. Moreover, the regulatory bodies functioning in the country have also been placed out of NAB's domain.

It says that "all pending inquiries, investigations, trials or proceedings under this ordinance, relating to persons or transactions, shall stand transferred to the concerned authorities, departments and courts under the respective laws."

It has also set a three-year term for the judges of the accountability courts. It will also make it binding upon the courts to decide a case within one year. Under the proposed law, it has been made binding upon NAB to ensure the availability of evidence against an accused prior to his or her arrest.

According to one of the key amendments, the act "shall be deemed to have taken effect on and from the commencement of the National Accountability Ordinance 1999".