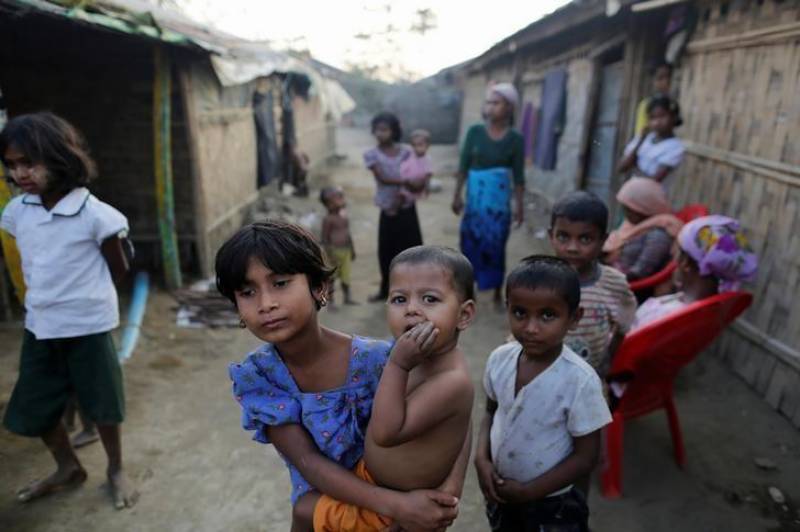 But Myanmar ambassador Htin Lynn, speaking before the decision was taken by consensus, rejected the move as "not acceptable". Myanmar's national commission had just interviewed alleged victims who fled to Bangladesh and would issue its findings by August, he said.

The UN Human Rights Council adopted a resolution without a vote, brought by the European Union and supported by countries including the United States, that called for "ensuring full accountability for perpetrators and justice for victims". A UN report issued last month, based on interviews with 220 Rohingya among 75,000 who have fled to Bangladesh since October, said that Myanmar's security forces have committed mass killings and gang rapes of Rohingya in a campaign that "very likely" amounts to crimes against humanity and possibly ethnic cleansing.

Myanmar's Lynn, referring to the resolution, said: "Such kind of action is not acceptable to Myanmar as it not in harmony with the situation on the ground and our national circumstances. Let the Myanmar people choose the best and the most effective course of action to address the challenges in Myanmar.

"We will be doing what needs to be done and we will do it with great prudence and probity," he added. China and India said they would "disassociate" themselves from the consensus, with China's delegation saying the issue "cannot be solved overnight".

Activists welcomed what they called a "landmark decision" by the 47-member forum, while regretting that it was not a full international commission of inquiry, and called on the government to cooperate.

"It is unfortunate that the government of Burma/Myanmar has chosen to disassociate itself from this resolution," John Samuel, Executive Director of FORUM-ASIA, said in a statement. "It is important for the National League for Democracy led government in Burma/Myanmar to see international human rights mechanisms as an ally in its arduous struggle with the military, which still maintains effective control in the country and stands implicated in allegations of gross violations. This resolution is a great opportunity for the government to move in the right direction. It should cooperate fully with the international fact finding mission.”