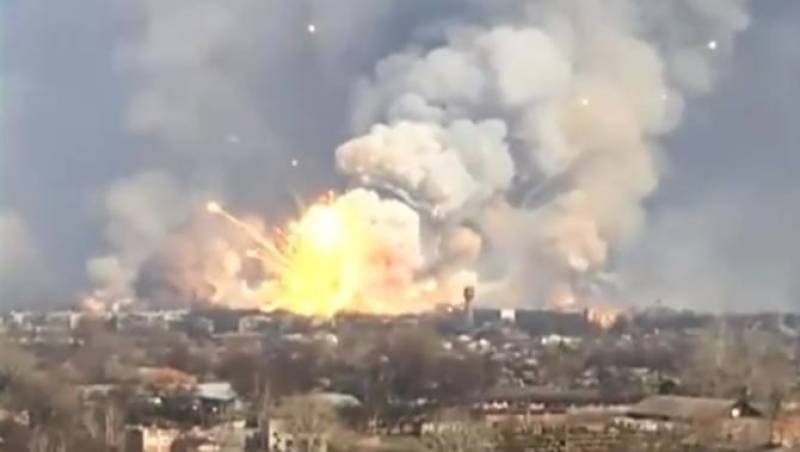 Kiev (Web Desk): More than 20,000 people have been evacuated in the Kharkiv region near the border with Russia after a massive fire at a military ammunition depot, say Ukrainian officials.

Ukraine’s chief military prosecutor, Anatolii Matios, said on Facebook that the blaze, which erupted at the depot in Balaklia, was sparked by an act of sabotage. He said there was no immediate information about any casualties, Global News reported.

Ukraine’s Prime Minister Volodymyr Groysman has flown to the area to monitor the blaze, which is still raging. The arsenal holds large-calibre artillery rounds and is one of Ukraine’s largest.

Kharkiv lies just north of the Donetsk and Luhansk regions, where Ukrainian troops have been fighting Russia-backed separatists. The conflict has killed more than 9,800 since April 2014.