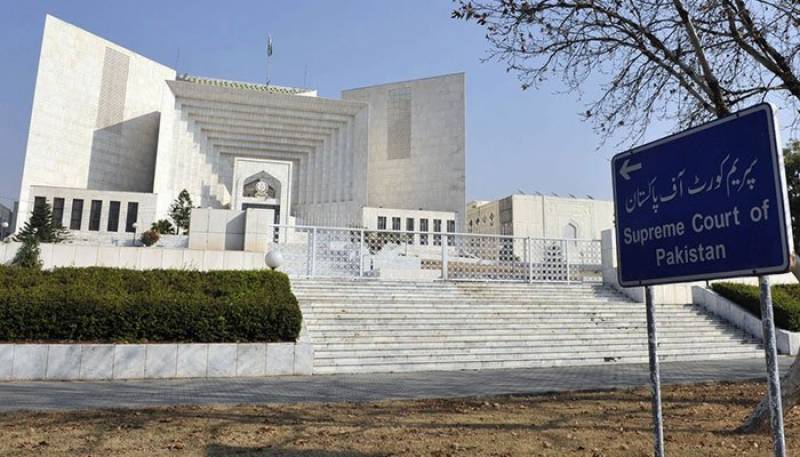 Islamabad (Web Desk): The Supreme Court (SC) on Thursday suspended re-polling on NA-75 Daska scheduled to be held on April 10.

A three-member bench of the apex court headed by Justice Justice Umar Ata Bandial was hearing a petition filed by the Pakistan Tehreek-e-Insaf's (PTI) candidate from NA-75, Asjad Ali Malhi, in which he requested to suspend the The Election Commission of Pakistan’s (ECP) Feb 25 decision to hold a fresh by-election in the constituency.

The bench said the court needed more time to decide the case. "At the moment, we are hearing arguments of Pakistan Muslim League-Nawaz (PML-N) lawyer Salman Akram Raja. We have to hear [the arguments of] other parties to the case apart from Nosheen Ahmed [PML-N candidate]," said the court.

The top court adjourned proceedings of the case for an unspecified period.

It is pertinent to mention that the ECP had ordered re-polling in the constituency after firing incidences, involving workers of the PTI and the PML-N during polling, resulted in a couple of people getting killed and others injured.

Earlier on March 16, The SC rejected the plea of the PTI candidate Ali Asjad Malhi to suspend the ECP’s decision to hold re-election in NA-75 Daska.

Malhi had argued in his petition that there was "no legal justification" for the ECP to declare the polls null and void, adding that the electoral body's order was "clearly contrary to law and facts of the case".

During the hearing, the PTI candidate's counsel asked the bench to set aside the ECP's ruling calling for re-election in the entire constituency.

Responding to this, Justice Bandial denied the request, saying that re-polling will take place for sure but it is yet to be determined whether it will be held in the whole constituency or in limited polling stations.

The bench said it will take a final decision after hearing arguments from PML-N candidate's lawyer Salman Akram Raja who could not deliver his stance in the court at that time as he was suffering from Covid-19.

On March 5, Asjad Malhi had challenged the ECP’s decision of re-election in NA-75 Daska after the electoral body declared the February 19 by-election as null and void.

The results for NA-75 Daska were withheld by the RO on PML-N’s request after the alleged disappearance of some members of the polling staff.

The ECP had first decided to hold elections on March 18 however, later, it announced a new date to hold re-polling April 10.