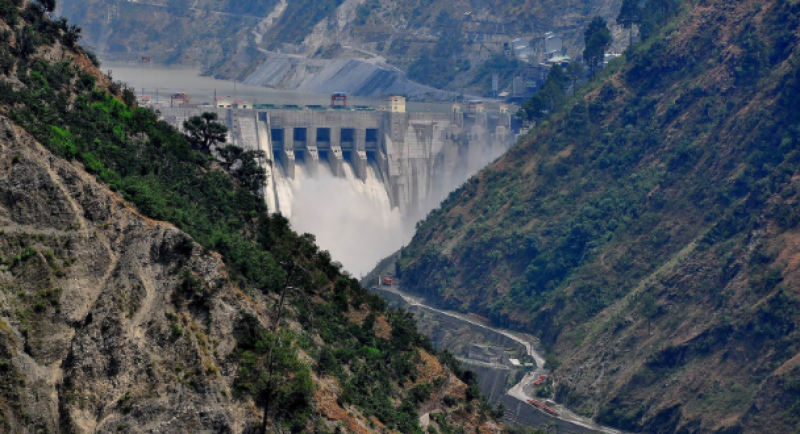 Islamabad (Staff Report): The Foreign Office (has) said that the inauguration of Kishanganga dam by India without resolution of the disputes is a clear violation of the Indus Water Treaty.

FO spokesperson Dr Mohammad Faisal during his weekly news briefing in Islamabad on Friday said the World Bank had assured Pakistan it would make utmost efforts to resolve the Kishanganga and Ratle dams issue within the parameters of the treaty.

Dr Faisal stated that Pakistan had effectively raised the issue of Kishanganga project to resolve it according to the dispute resolution mechanism available as per the treaty.

According to details, the delegation, headed by Attorney General Ashtar Ausaf, had arrived in Washington on Wednesday to apprise the World Bank chief of Pakistan 's reservations over the issue and request the global financial institution to play its role as a guarantor .

According to reports, Pakistan officials hold discussions with the World Bank authorities over Kishenganga and Ratle and other 12 projects undertaken by New Delhi.

On Sunday, Pakistan 's Ambassador to the United States Aizaz Chaudhry remarked that Pakistan intends to consult with the World Bank over the Kishenganga Dam issue . He was addressing a seminar titled "Pakistan and Unites States A Lasting Partnership" on Saturday.

He further said water issues can lead to a 'very dangerous situation' hence it is necessary to resolve these problems in accordance with the IWT spirit.