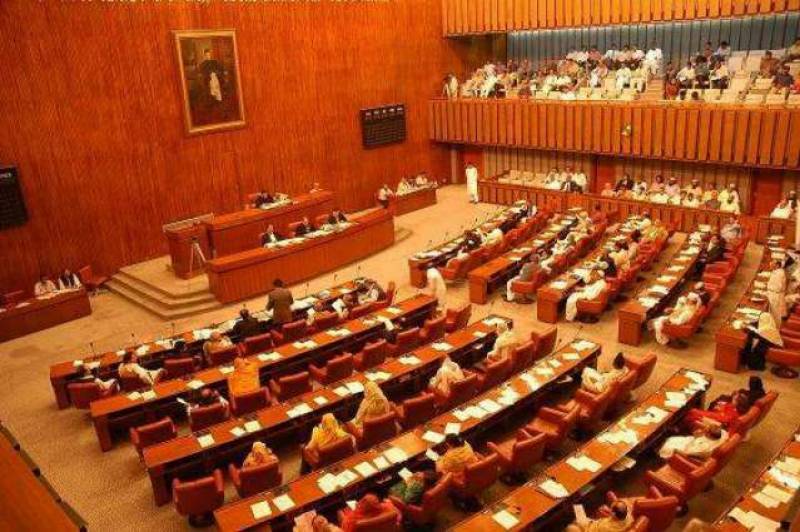 Islamabad (Staff Report): The Upper House of the Parliament on Friday passed the constitutional amendment bill on the merger of Khyber Pakhtunkhwa and long-ignored Federally Administered Tribal Areas (FATA).

The bill titled Thirty-First Amendment Act, 2018 was presented by Minister for Law and Justice Chaudhry Mahmood Bashir Virk; 71 lawmakers voted in favour of the nine clauses of the constitutional amendment bill while five were against them. The dissenting legislators belong to Mehmood Khan Achakzai-led PkMAP.

Moreover, 28 lawmakers were absent from the House during the session chaired by Senate Chairperson Sadiq Sanjrani.

On Thursday, the National Assembly passed the bill which paved the way for merger of tribal areas with KP, bringing it into the ambit of law.

The merger promises reforms in the tribal areas, which have been on the back burner since quite a long time.

Since Fata would not fall under the jurisdictions of courts, tribespeople from across its agencies would be tried under the Frontier Crimes Regulation, also known as the Black Law, given to the region by the British government in 1901.

The main purpose of FCR was to protest the interests of the British rulers and counter the opposition of Pashtuns to their rule, especially in Khyber Pakhtunkhwa what was then North-West Frontier Province and Balochistan and their adjoining tribal areas.

After independence, KP and Balochistan gradually got rid of FCR, but Fata remained its only hostage.