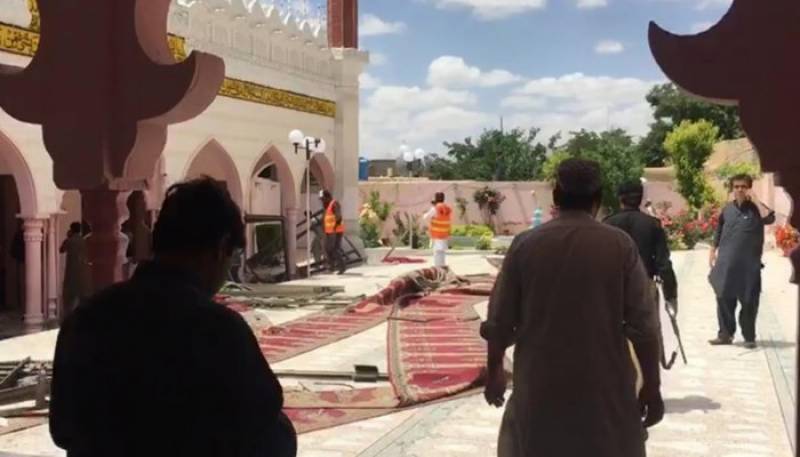 Quetta (Staff Report/Agencies): The death toll from the Friday's blast inside Pashtunabad’s Rahmania Masjid rose to four after another person succumbed to his injuries.

According to police, the explosive device had been planted inside the mosque and went off as people had gathered for the Friday prayers killing four and injuring more than 25.

As per the mosque administration, the blast occurred at 1:15pm and that there were approximately 30 to 40 people in the mosque for Friday prayers.

PM Khan ordered the officials to submit a report into the incident, a PM Office statement said.

The prime minister prayed for the health of those injured and also directed concerned authorities to provide them with the best medical facilities.

President Dr Arif Alvi also strongly condemned the terrorist attack in Quetta and said that the entire nation is united against the war on terror.

Chief Minister Jam Kamal Khan condemned the incident and directed for the best possible care of the injured and instructed law enforcers to bring those responsible to justice.

The blast in Pashtunabad is the latest incident in a wave of terrorism that has swept across Balochistan over the past few months.