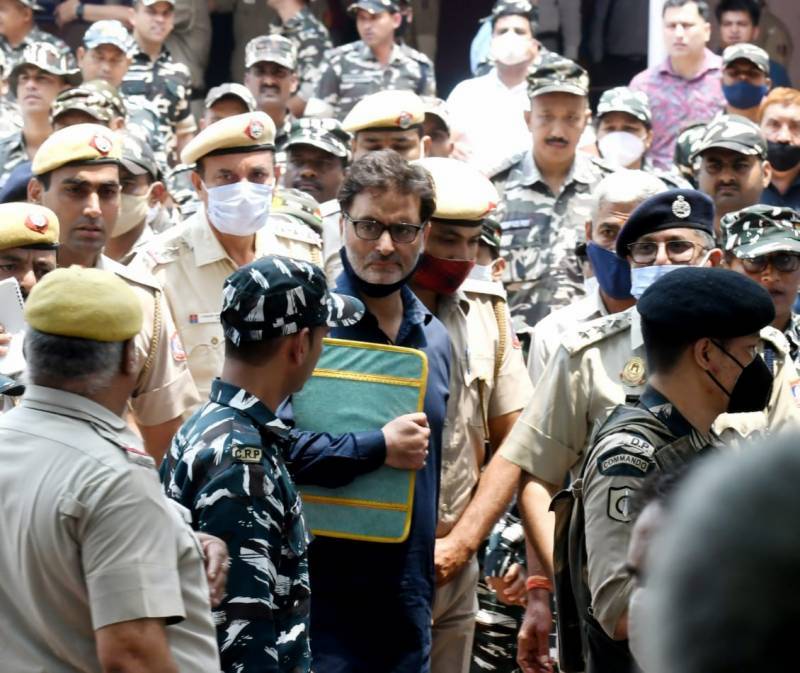 According to the Indian media, the National Investigation Agency (NIA) had sought the death penalty for the Kashmiri leader and chief of the Jammu and Kashmir Liberation Front (JKLF), but the court awarded him two life imprisonments.

The NIA court handed down two life sentences and five 10-year terms of rigorous imprisonment, which will run concurrently. Moreover, a penalty of ₹1million has also been slapped on the Kashmiri leader.

The Hurriyat leader was convicted in the terror-funding case last week after he pleaded guilty to all the charges last Tuesday, including the ones under the Unlawful Activities Prevention Act (UAPA).

Court verdict in minutes by Indian kangaroo courts. Yasin Malik is the bravest man to challenge the Hitler Modi of this Era !!! We r all Yasin Malik #ReleaseYasinMalik Pray for the Lion of Kashmiris ! The iconic leader will never surrender pic.twitter.com/Hv9VJqMivQ

The Indian government arrested Yasin Malik in 2019, the same year when the special status of Indian occupied Jammu and Kashmir was revoked.