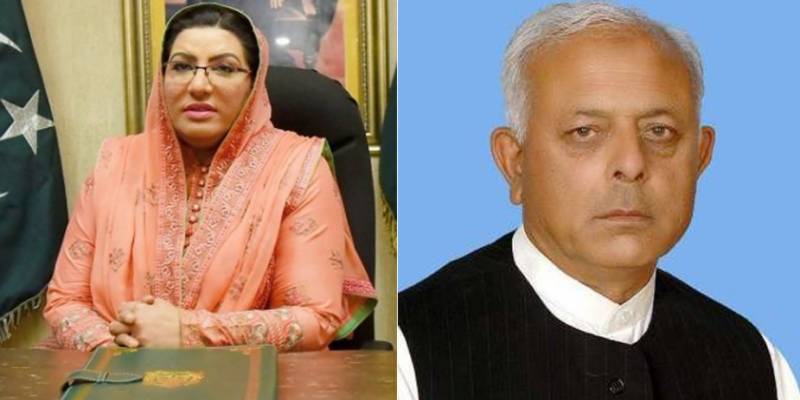 During the hearing today, IHC Chief Justice Athar Minallah commended the ministers for at least acknowledging that their remarks were political.

He regretted that "both parties [in a case] issue such statements whenever [an unfavourable] verdict is issued".

Justice Minallah said that the judiciary was not "scared of criticism but welcomed it".

"We're not saying that we (the judiciary) have no shortcomings," the IHC chief justice remarked. "We are facing other challenges as well", he added.

IHC Chief Justice, however, reminded them that weakening the trust of people in the judiciary just for political gain is harmful.

Justice Minallah said that he hoped that the ministers would work on strengthening the people trust's in state institutions, and avoid passing irresponsible remarks.

The IHC Chief Justice said that he hoped that the ministers would not comment on ongoing cases in the future.

Commenting on the decision, Awan’s lawyer Shah Khawar thanked the court for withdrawing show-cause notice against his client.

On November 14, the IHC reserved its verdict on contempt of court notices against Firdous Ashiq Awan and Ghulam Sarwar Khan after both of them offered unconditional apologies for their remarks.

The high court had issued separate notices to Sarwar and Awan for their remarks over the IHC verdict regarding Nawaz Sharif’s bail on medical grounds in the the Al-Azizia case.

Firdous Ashiq Awan, who had been summoned for saying that the IHC decision to grant bail to Nawaz was "a special dispensation", had earlier submitted a written apology to the court.