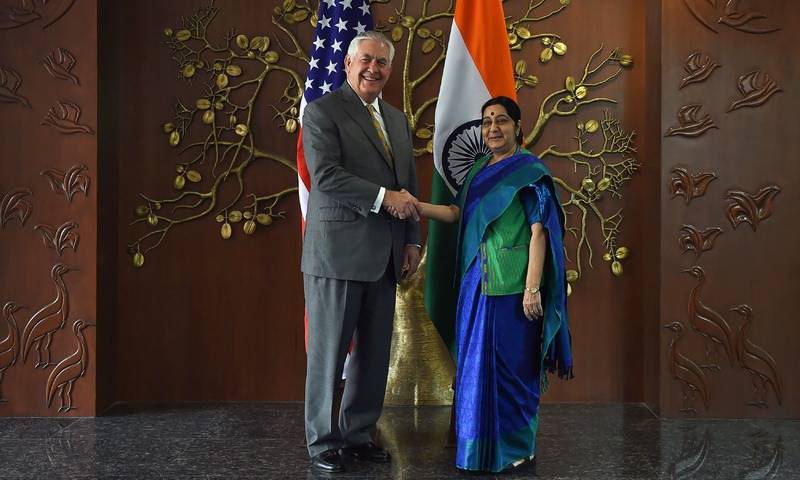 The United States was concerned that extremist groups “left unchecked in Pakistan” posed a “threat to the stability and security” of the government in Islamabad, Tillerson said during a joint press conference with Sushma Swaraj.

Tillerson, who arrived in Delhi Tuesday night, laid a wreath at a memorial to India’s independence movement leader Mahatma Gandhi, removing his shoes to approach a pillar marking the spot where Gandhi was shot dead on January 30, 1948.

Support for efforts to bolster the Afghan government, China's influence and other Asian security issues were expected to dominate talks in New Delhi, officials said.

Last week, Tillerson called for deeper cooperation with India in the face of growing Chinese influence in Asia and said Washington wanted to promote a "free and open" region led by prosperous democracies.

India welcomed the comments, saying they "highlighted our shared commitment to a rule-based international order".

“Tillerson reiterated President Trump's message that Pakistan must increase its efforts to eradicate militants and terrorists operating within the country,” a statement from the US embassy said Tuesday.

But he also expressed his appreciation to Pakistan for the sacrifices it has made in fighting militancy and for its help in securing the release of a US-Canadian family held captive by the Taliban for five years.