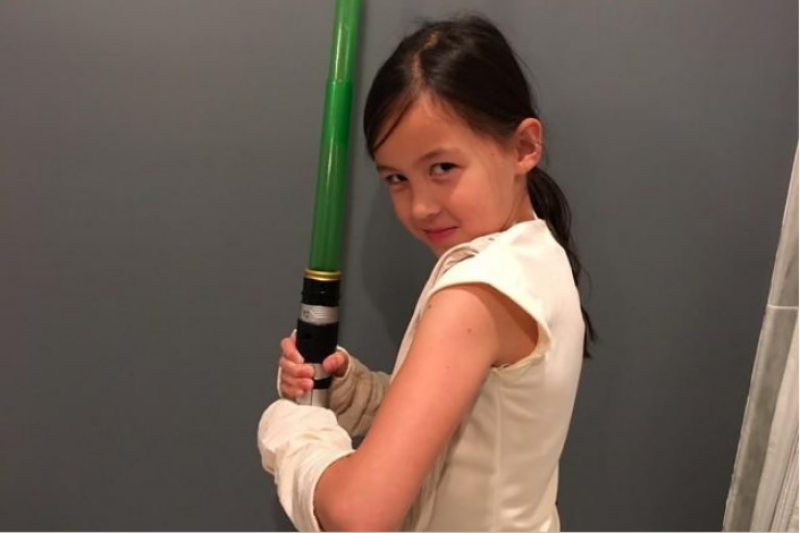 Months after the historic women’s march on Washington and in the midst of the “#MeToo” sexual harassment outcry, Halloween 2017 is becoming yet another platform in the United States for women and girls to show strength. Star Wars heroine Rey, the self-reliant young woman who shines as a survivor against all odds, is among the film series’ characters who rank in the top 10 children’s costumes for 2017, according to the National Retail Federation.

And, makers of homemade costumes this year are getting online tips for re-purposing pink “pussyhats.” They were worn by many of the hundreds of thousands of women who took part in marches in Washington and other U.S. cities on Jan. 21, the day after Donald Trump’s inauguration as president, to denounce his years-ago boast about grabbing women’s genitals.

“The year or more of sexual harassment scandals has shifted people’s thinking about what they want to become on Halloween,” said Barnard College Psychology Professor Tovah Klein.

“Costumes empower children - as in ‘I can be strong, I can be invincible, I can fight for justice.' And right now, with Wonder Woman and other characters, girls are embracing this strong side,” Klein said.

Raising her light saber, 9-year-old Abby of Maplewood, New Jersey, demonstrated her warrior stance dressed as Rey, a steel-colored cloth crossed over her chest, with pants to match her tunic.

“I feel more brave when I‘m Rey,” said Abby, a fourth-grader who has celebrated Halloweens past by dressing up as princesses.

“I like Rey more than princesses. She’s very tough. She’s fighting. She’s helping a lot of other people survive,” said Abby, whose parents asked that her last name be withheld for privacy.