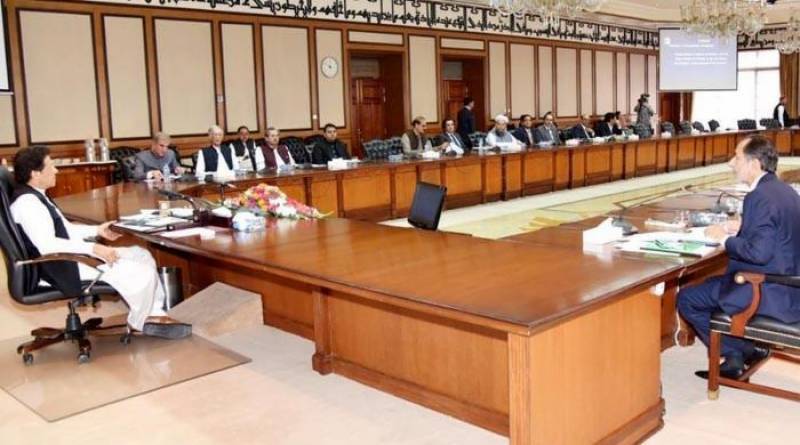 Islamabad (Staff Report/Agencies): The federal cabinet on Thursday approved an increase in price of electricity by Rs 1.27 per unit.

Addressing a press conference after the meeting, Minister for Finance Asad Umar said loss to the tune of 453 billion rupees was witnessed in power sector last year which could reach 550 billion rupees this year if no steps are taken to check this. This loss puts additional burden on ordinary consumers in the form of enhanced rates of electricity or government taking more foreign loans.

He said NEPRA had recommended 3.82 rupees per unit increase in the price of electricity. This was determined in August this year, before the current government assumed power, Radio Pakistan reported.

Asad Umar said consumers using less than 300 units per month that are equivalent to 100 million consumers will have no impact of price increase.

He said rates have been increased by ten percent for consumers using from 300 to 700 units of electricity per month while an increase of 15 percent is those who utilize more than 700 units a month.

Finance Minister said no increase has been made in price of electricity for commercial consumers who use connections less than 50 KV. They are equivalent to 95 percent of businessmen.

He said the cabinet decided to continue the subsidized agriculture rates of 5.35 rupees per unit, reduced from 10.35 rupees, for the whole financial year.

He said government is making efforts to give support to the exports industry to enhance its share in the national income.  He said 78 paisa per unit is being increased for industry. Asad Umar said no increase will be made in electricity prices for school, hospitals and other institutions.

Asad Umar said Rs 140 billion have been saved this year due to improvement in electricity distribution system.

He said despite steady increase in oil prices worldwide, the prices of petroleum products in Pakistan have not been increased by the government.

He said government is exploring various avenues for its financing needs and IMF is one of these.

Asad Umar replied a questioner that there is no plan of closing down Utility Stores Corporation. The cabinet in its previous meeting had asked Advisor to Prime Minister on Commerce Abdul Razak Dawood to come up with suggestions to improve the working and functioning of this organization.

When asked about Saudi Arabia becoming a strategic partner in China Pakistan Economic Corridor, the Finance Minister said CPEC is a bilateral project between Pakistan and China and no third country can become part of it. However, investments by other countries could be made in individual projects falling under the CPEC.

Addressing the event, Information Minister Chaudhary Fawad Hussain said the cabinet decided that first Pakistani will be sent to space in 2022. An agreement has been signed to this effect between SUPARCO and their Chinese counterpart. He said PTI government has a clear stance that corrupt elements will not be spared and all efforts will be made to recover looted money from them. He said in order to empower NAB, the cabinet decided to convert ordinary passports of NAB officials into official blue passports.

Fawad said cabinet also decided that National Testing Service will be made more effective and Minister of Education Shafqat Mahmood has been given the task to evaluate the service and present a strategy to make it more effective and credible.

The cabinet approved the reduction in visa fee of Pakistani workers to Saudi Arabia from 2000 riyals to 300 riyals.