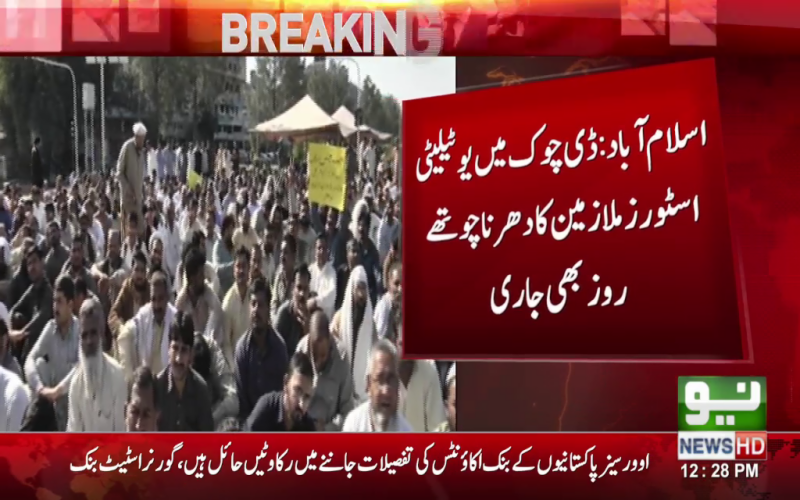 The protest against the privatisation of Utility Stores and awarding permanent contracts to employees continues at Islamabad’s D Chowk.

Earlier, Abdul Razzaq Dawood, the adviser to prime minister on commerce, textile, industries production and investment, held negotiations with the protesters to resolve their issues. The PM's advisor also failed to convince the protesting employees to end their sit-in.

According to All Pakistan Utility Stores Corporation Union President Rafiq Qureshi and Senior Vice President Malik Muhammad Ameer, the government is only insisting to end sit-in immediately, but not issuing any kind of notification about acceptance of employees’ demands.

The protesters threatened that they will enter the Red Zone if their demands are not met by 5pm on Thursday.

On Monday, the employees of the Utility Stores Corporation started their protest against the possible closure of the stores and demanded permanent contracts.

The Utility Stores employees from across the country gathered at D-Chowk. They urged the government to clear the Rs2.76 billion subsidy claim pending for the previous seven years.

The protesting employees are also demanding permanent contracts and increments in their salaries.