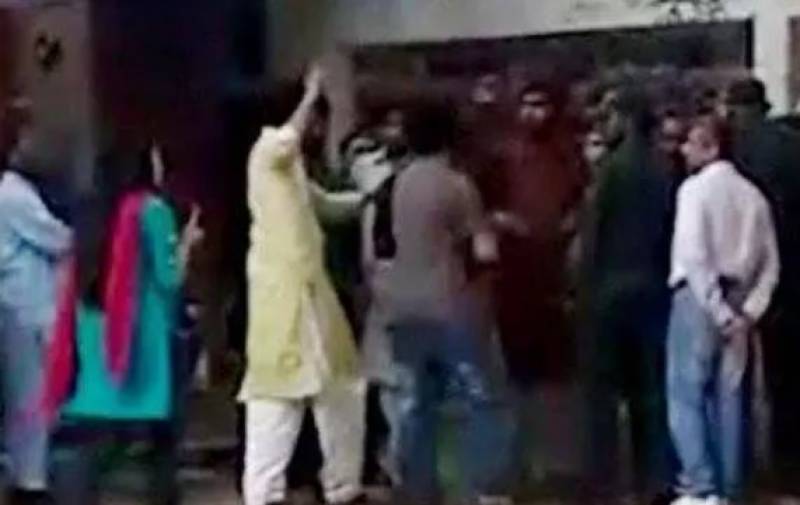 Lahore (Staff Report): The University of Punjab administration on Thursday suspended five students for beating a man over sitting with his wife in the varsity.

Videos of the incident circulating on social media show a man was being thrashed by a group of students, who are alleged members of a student organisation, in front of the History department while numbers of other students can be seen observing the brutal act.

A woman, in the video, is also yelling at the attackers, asking them to stop beating his husband. “What wrong he has done? He is my husband,” the woman can be heard in the clip.

The victim identified as Awais Rind had gone to pick up his wife, an MPhil student, from the campus and was standing with her when some students gathered around the couple and started thrashing him.

Governor Chaudhry Sarwar had already took notice of the incident earlier today and summoned a report from the university’s vice chancellor.