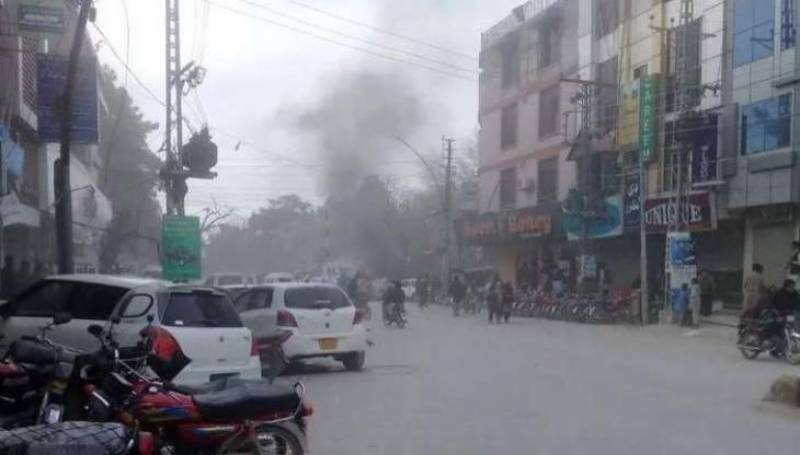 Quetta (Web Desk): At least three people lost their lives and several others were injured in an explosion occurred in Quetta’s Hazarganj area on Sunday afternoon.

According to police sources, an improvised explosive device (IED) was planted in a motorcycle.

It is pertinent to mention here that, he National Counter Terrorism Authority (NACTA) had issued a threat alert for Peshawar and Quetta, suggesting a strict security measures in both the two cities to avoid any untoward incident.

A statement issued by the authority says that the banned militant outfit Tehreek-e-Taliban Pakistan (TTP) is planning terrorist activities in Quetta and Peshawar. The TTP aims to target religious and political parties in bomb attacks and suicide bombings, it added.

It said that acting on such reports, on October 21, a terror plot for Balochistan was foiled, adding that during the operation, conducted in Qamar Din Karez, eight explosive devices were recovered.